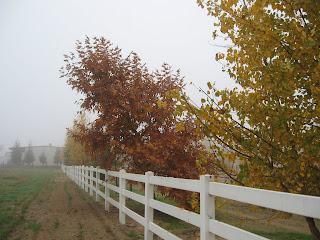 I worked on projects all day today, and I would show you
pictures of my finished projects but I am afraid, I might
have to turn this into a "Kim's brag blog," so I thought I would
go back to a a feature I thought I would be doing once a week.
It turns out that writing Tales from Mohawk Rd, was a little harder
than I anticipated. They only show up uninvited.
This morning I was putting on my shoes when I looked up and saw
a book by Patrick McManus called " They Shoot Canoes Don't They?"
He was a columnist for Field and Stream and I would laugh my self silly,
so I bought all of his books.
Anyway sitting there, a Tale jumped up to my mind. So I thought I would share
it with you.

When I was a kid, I had four brothers and two cousins. That were boys.
We lived out in the country so we made up our own entertainment. One
of the things the boys really liked to do was blow things up. They did all sort
of interesting things but none as good as Settling Bombs. I don't even know
if that is how you spell it.

My Dad was on all kinds of boards and he and my Mom would travel once a month.
With the blended family like we had, I guess they thought it wasn't safe to leave
us alone so they always had to find someone willing to stay with us. It was hard
because we had a reputation. We were successful in running off many, many
brave souls. So out of desperation my Mom had her Mom and Dad stay with us.
I guess they thought we wouldn't act up with grandparents around.

This time I am innocent. Not many times am I not in the middle of something but this
time I was being good.
I was upstairs doing my homework, when it dawned on me that I kept hearing these
systematic explosions.

I came down the stairs, and my grandmother said, " Kim, I think those boys are up
to something could you go check?" I said I would.
I walked across our basket ball court to the tack room I kept my saddles and bridles in
and as I opened the door, I heard, " HIT THE DIRT!! all of a sudden there was a massive
explosion, which was so loud and so strong I did hit the dirt.
The boys were exclaiming and oohing over that one and I came out the back door to where
they were and I asked them what on earth were they doing.

They just grinned and said they were making settling bombs. I was really into
showing horses at that time in my life and I think I had about 8 horses and we needed
some more metal pens, so my Dad had bought a welder and oxygen and acetylene to make
them. The boys had found the stuff.
They had got plastic milk cartons and would put some in the bottom and take
a old rag and gasoline and make a fuse then light it and run like heck.
The ground would shake when one would go off.

My older brother was about 3 miles away getting gas in his car and he could
hear the explosions from where he was and somehow he knew it was at our house.
He drove straight home and down the dirt road that was by our house and said,
" What the heck are you guys doing, I could hear you all the way at Handy Mart."

He said, " You guys have to stop now the cops will be here pretty quick." So the
boys all got busy cleaning up the mess. They were putting the last of the blown up
milk cartons in the trash, when a Sheriff came driving slowly down the dirt road.
He stopped where we were and looked at us and looked around at where we are standing.
He got out of his car, puts his fingers in the belt around his pants and walked over to us.

" You kids heard any explosions?" We said, "Yes, sir officer." ( all nice just like
Eddie Haskell) They said, " Yes, we heard them and we were trying to figure out
where they were coming from." The Sheriff shook his head, and said, " If you hear
any more give us a call will you." We all shook our heads and then he drove a way.

We swore ourselves to secrecy and went in the house. The boys made up some lie
to tell Grandma that I don't remember. When my Dad had a free weekend, he
went out to weld some horse pens and the settling tanks were empty. He came
in the house yelling about the welding company not giving him acetylene and charging
him for it. We all looked shifty at each other but no one said a word.

Later in the summer, my sister was sitting in the living room reading a book, I was
sitting and chatting with my parents when there is a loud bang noise outside.
My Dad says, " What was that?" My sister who never looks up from the page she
is reading, she says calmly, " Maybe it is a settling bomb?" My parents looked at me
and yelled, " What is a settling bomb!!!" I wasn't taking the rap so I told them maybe
they better call the boys. So he did and the boys told him what it was and then he was really
mad because they didn't speak up when he was yelling at the welding company.

So needless to say, he put a lock on welding tanks the next time they were full. None of them turned
out to be bombers or anything. They are all hard working husbands and fathers.
They just didn't have game boys and things kids have today, and you know sometimes
I don't think it is such bad idea to have all of those things. At least it keeps them busy.

I hope you have a lovely Wednesday.

Oh Kim, that is so funny. Well, now that we know nobody was hurt! And I would bet that when you kids were not looking that your father had a little chuckle about it too.

LOL! That cracks me up! Such a hilarious story. At least dry ice bombs aren't quite so deadly. :)

We both know that game boys never stopped Ben from trying to blow things up...

Oh my! Boys will be boys - with exposives! Yikes! I always thought firecrackers were bad enough!

Well, as always, an enjoyable read. Funny, too! Love the image in my head as I read about the sheriff. What a life you grew up in!

What a great story. We could barely hold a sparkler when I was a kid. Brothers, gotta love them.

Oh I am laughing and nodding at the same time...now this maybe why God kept my five boys and one girl in the city...they did enough on our little lot!!!
Oh, I will have to let my daughter read this...of course, she hasn't been very innocent...she usually has topped the boys.
I could just see this.
The other day my boys took the 14 year old potato shooter, the 27 year old told the 21 year old to shoot it into my pond...where my gold fish are!!!
He did...it blew the pond water everywhere!!! It didn't kill my fish........I couldn't believe it...there the 21 year stood with pond water all over him...while the 27 year old laughed....they never out grow being boys!! The wonder of it all!!
Enjoyed!!!

Too funny! I came from a girl family, so this kind of stuff is alien to me. Weren't your horses going crazy with all the explosions? Mine would go completely binky.

Hope you're having a good week. It's 18 degrees with 30mph winds. I hope Santa doesn't decide to stay at the N.Pole where it's nice and warm.

With a house full of boys (and a fun loving dad) the stories I could tell would astound you! Haha...loved this one. There is something about boys, fire, and noises...Have a wonderful day! HUGS...