Being Thankful on Thursday 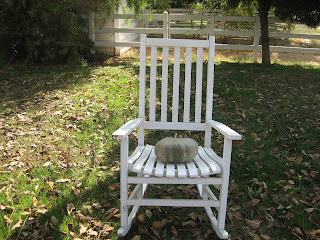 I want to start this post by letting you know, I might write somethings
that might offend and I want you to know I am sorry right up front.
My goal has always been that I would do no harm with my words.
I am afraid today I might.

A week ago today, my family who live next door were robbed. I was home
all day. They went through a window on the side of the house that I couldn't see
or hear.

Yesterday they broke in and if I had only went out I might have seen them.
I don't know why I didn't go check yesterday. They were braver this time.
They did it the same time as the week before.
The police said they would be back.

When I was married and I became a Christian, I married my husband who was
a Mennonite. I became one as well and was baptized there in that church. I have
always been non-violent. I believe that Jesus said, " He who lives by the sword
dies by the sword."
Yesterday, and even today as I write this post, I know that if my family were threatened
I would shoot to kill. Me the person who would rather not even spray poison on bugs.

About a month ago, the Governor of the state of California released people from prison.
The policeman told me yesterday 5000 felons just in our county alone. You know they
have no job, nor hope of getting one fresh out of prison so they do what got them in before,
go back to robbing.

I asked the man who came to take fingerprints," since I am over here with my son,
and if I see someone next time, it isn't my property would I go to jail for shooting someone?"
He said, " No, you just tell the police you were in fear for your life and your families life and nothing would happen."
I said, " it sounds like to me we are turning into vigilantes. " He said, we are and if you want
to protect yourself, shoot to kill."

He said they have never seen it like this before. Crime is now between 8:00 AM and 4:00 PM
my brothers house was robbed both times at 1:30 in the afternoon.
I was out in the yard Monday and Tuesday. Yesterday, I didn't check, I don't even know why.
My daughter said, " I think God was protecting you Mom because you always have a sixth
sense about these sort of things, you didn't yesterday, what if they had guns this time and what if they could have killed you. It was just stuff, but you can't replace people."

I have always believed in the redemption of fallen man. I have always supported Prison Fellowship. You know if someone came to my door and said they needed something, I would give
it to them.
The Bible says, “Do not lay up for yourselves treasures on earth, where moth and rust destroy and where thieves break in and steal.

I realize that stuff can be replaced, no one was hurt but what bothers me is the desire to strike out and hurt. That is what I see in myself and Oh, God I hate it. I always heard what you are is what comes out of the cup when it is bumped. It scares me to death to see myself and that I could kill. The worst part is I want to.

So today, I am thankful that today is a new day, the sun came up just like always, and
my family is safe.

Have a wonderful Thursday,
_Kim_
Posted by Farm Girl at 7:50 AM

I just sent you an email before I read this. I am not a violent person, but if someone were to attack or threaten my family - it would be open season on the stupid bugger. I would stop at nothing to protect them. I agree with your daughter, there is a reason you didn't check yesterday. Call the police but seriously - do not go out after them.

This makes me so glad you have Sashie. It's funny which house they targeted. I wonder if it's because they can tell you are home. Ben's supervisor has been broken into three times. Each time they went a little deeper into the house (first the garage, then the side room, then the bedrooms).

We've had this conversation when contemplating getting a gun. I would shoot to kill as well, because I think "No one will touch my babies". But then I really think about it and it is taking another human's life, even if they do mean me harm. It's a very dark and painful thought.

I play that scenario in my mind often, living here in this scary neighborhood. What if somebody broke in and tried to hurt me or my kids? I'm afraid I would do my level best to kill them with my bare hands, or whatever sharp object came to hand. I'd be the psycho woman who grabs the gun out of their hand and beats them to death with it.

But who knows? It's easy to imagine and difficult in practice. I just hope I never have to find out.

i worry about you encountering the thieves and what would transpire because of their panic or stupidity. PLEASE stay safe! yes, be on guard. yes, check on your family's property, but please be careful! i hate this!

Kim, I'm so glad that you didn't go out. Who knows how desperate and dangerous these guys are. Being broken into and robbed is so devastating and shocking. Nothing is worth loosing a life over stuff or getting hurt but a person's home is a place of security and refuge. I'm so sorry this happened to your family. Maybe a big loud dog would be a deterrent.

Lately there has been home robberies in our neighborhood so we have installed dead locks on all our doors. And these robberies occurred during the day through windows. We never used to lock our doors during the day.I always said that I'll only will get another dog for protection. Hugs JB

All of this is VERY scary to even think about let alone actually be put to the test. I think you'd be very surprised Kim that most of us what do what we felt we had to do to protect our families. I know I would. I can remember more than one instance where I rushed to the defense of one of my kids and was just astonished at what came out of my mouth. If I had ever felt like their lives were being threatened I am very sure I would pull the trigger if I had too....And I don't think that makes us violent, just protective. Let's just pray NONE of us is ever put to that test. I am VERY glad you remained in your house yesterday and that you are all safe. I am thinking a nice large loud dog may be in order over there. Hugs to you!!

Its a scary sad world we live in some time.I think it is like this everywhere.

I embarressed to say we here at Dog Trot Farm never use to lock our doors or take the keys out of our cars. Today it is a different story. It only takes one incident to bring you to reality. I am happy to learn you are safe and sound. This is a crazy world we live in, fueled by drugs and a bad economy however, I would not think twice about protecting my family.

Kim, I talked with Jennifer last night and I felt the same way. I prayed for you because I knew that you must have been feeling that you should have checked. I have been in the house when someone was trying to break in and you really can shoot to kill when your life feels threatened. I would kill to protect you and Allan and your families.I want you all to move back here with me to be out of crime riddled California. God did protect you and I love you.

I'm a non-violent, gentle person..until you mess with me or mine.
Protecting those you love from harm is our job (even if it is dialing 911!).
Stay alert, stay safe.