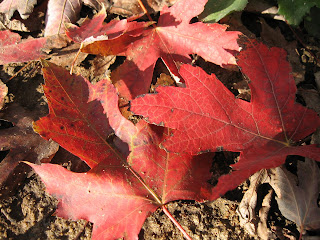 I was thinking today as I was walking about how
seemingly insignificant things happen on a day to
day basis and then later when we stop to think about
it, it becomes part of the fabric of our lives.

I was thinking I would be sharing with you a few of
my favorite Christmas stories each week starting today
until Christmas Day. I do love Christmas stories.
But my first story is a true one that I still think about
every year. It is part of me and I think changed me and how
God used it to open my eyes.

One of the things about working in a grocery store is you see
people when they are happy, or sad and just indifferent. Also,
being a checker in a grocery store is a bit like being a confessor
of sorts. When you ask people how they are, they tell you. Now
I happen to love hearing stories so I did love my job.

This was Christmas Eve. The store I worked in was sort of at
a cross roads. It sat at the bottom of a hill. If you went farther up the
hill you came to the richest part of our town. The mansions and the
very wealthy and the famous. Buck Owens had a house up there at one
time.
On the down side of the hill, you entered into the very poorest part of town.
This was a very old, old section and lots of gang activity and hard things
went on in that part of town and the grocery store sat in the middle.
So my customers were from both sides.

Our grocery store had a meat counter so you could come in and order your meat.
So at Christmas time we sold lots of prime rib roasts and lots of turkeys for businesses
and of course, lots of pork roasts to make tamales.
We also sold masa which is the corn meal stuff that is used in making tamales.
We sold it in ten pound bags and when it would come in from the tortilla companies
it would still be warm and really nothing smells as good as warm masa.

During the Christmas season I bet I lifted tons and I mean tons of that stuff.
But it didn't matter because the families would be there and excited to go home
and start making tamales with aunts, and uncles, and cousins and grandmas and
they would be having fun and it always made me so happy too. I can still walk
by the deli in the grocery store today and pick up a bag and smell it and I am back
to that time.

The store had been so busy all day, we sold all of the masa, the pork roasts, the hojas
(corn husks) and the chili powder to make them. We also sold gourmet food as well.
I always worked Christmas Eve as well as my brothers and my sister. My Dad did too
because our life was all about customers.
But when the store was finally closed and we all went home, we knew that there
would be a giant prime rib, cooked to perfection and after a dinner with all of the china
we would then open presents. Of course, on Christmas Day we always had tamales.

On this night I had been working hard all day. We were getting ready to close the store.
It had finally quieted down the rest of the crew was filling the milk boxes and sweeping
and getting every thing ready for December 26th because we would be closed Christmas
Day. I was cleaning the counters when up to my counter comes a tiny little fairy of
a little girl. She was smiling and laughing and held loosely in the crook of her arm
was a tiny rag doll. It was cold and she wasn't wearing a very heavy coat, just a
light pink wind breaker. She had dark eyes and dark brown hair with a little
head band on to keep it out of her eyes. As she stood there dancing from foot to
foot, I noticed on the counter two Banquet turkey dinners. In this time it cost
39 cents for T.V. dinners. She looked up and me and said, " Daddy, is buying
our Christmas dinners."
Every thing in me just cringed and I have always thought he looked what I thought
a gypsy might look like, dark hair a bit long on his collar, his hands rough and dry
and red from the cold. His eyes were black and looked deep into mine the way
a bird looks at you when it is frightened.
I was trying not to draw any attention to myself and her Dad stood there and was
counting out 78 cents. I had change in my pocket but I knew to offer a man like
that would have shamed him in front of his little girl so I just stood there and waited.
I think it took every penny he had to buy those dinners.

I asked her in my fumbling way, " Was she excited about Christmas?" She smiled
as she reached her hand into his work worn ones, and as she smiled up at him, "She said,
Oh, yes, I have everything I wanted, I have my Daddy." He smiled a shy smile and
as they turned to leave, I wished them a Merry Christmas. The both smiled
and went out in the cold, walking down the hill to the poorer side of town. Only,
you know what I think, there is a verse that says, Some of you as it were, have
entertained angels unaware.

I think that day, that maybe as I stood there and it was just me and them, maybe
just maybe that is what they were. Because it changed me and how I saw Christmas.
It has became the fabric of my life and always at this time of year, I look for that
man and his dancing little girl with a doll under her arm.

I hope that you will have a lovely Sunday. I look forward to sharing
some of my favorite stories with you in these next few weeks.
Have a lovely day.
~Kim~
Posted by Farm Girl at 3:44 PM

What a perfect memory. I know how hard it probably was to bite your tongue, not go running to the meat counter to hand them a huge roast or ham or brisket and ring it up for 78 cents. But like you said, a man's pride is sacred - especially a daddy's to his daughter. I hope that little girl grew up to be a wonderful woman full of faith and love. :)

Kim, what a beautiful story, it brought tears to my eyes and melted my heart, How wise of you to consider this mans feelings in the eyes of his daughter. Oh how special you are. I am so looking forward to more of your stories.
The way you write I feel as though I am there.
Hugs,
Sue

Thank you for sharing such a heart felt memory. It also brings the true meaning of Christmas to where it should be. Front and center.

Kim, I love your beautiful Christmas story especially at this time of year. I wonder what ever happened to this man and his daughter. You have a gift of telling stories. Thanks for sharing. JB

That story is both heart-wrenching and uplifting at the same time. I appreciate the simplicity and the love of that small child, but as a man, I feel terrible for the father. I'm recently married (2 month veterans) and we obviously do not have children, but my deepest fear is that I will not be able to provide adequately for my children. That man is living my most sincere fear (and I've been through cancer twice. I'd still rather go through that.).

But even within my fear, to see that this little girl was happy with a TV dinner and her daddy, it makes we want to be more like that father than not. Because, after all, if he's the kind of dad that satisfies his daughter with a 37 cent TV dinner and quality time, then he's doing something right--something I need, even though he didn't have a penny left.

What a lovely memory! I bet you wanted to tell him he was the store's 5000th visitor and he just won a basket of groceries! Still, what he had was worth more, a precious child who loved him.
I've found we learn more from simple things than more complexed ones. Little moments like that can have such an impact.

Wonderful story and what a gift you were given! The verse is Hebrews 13:2 "Be not forgetful to entertain strangers: for thereby some have entertained angels unawares." It's true, all of us have opportunities to entertain angels but do we take the time...

Kim, another wonderful post that brought tears to my eyes. Her sweet, little heart so excited to have that Christmas dinner with her daddy. So happy to be with him and hold his hand. I remember that feeling with my daddy when I was little. I am sure his heart melted and he wanted to give her the very best he could and he did. That is a life changing moment. Isn’t it funny how those angels don’t seem to know they are changing someone’s life and yet they are never forgotten. What a Christmas blessing.
Hugs, Amy

What a completely wonderful Christmas story. I can see why it had such an affect on you. And you have such a gift for telling it. I am soo looking forward to the rest of your Christmas stories. This was a really good idea. = ) HUGS, Debbie

I'm so glad you shared that story. What a blessing it was to read. Thank you Kim!
Blessings,
Marcia

Probably should have posted a 'sniffle warning' before that one! How sweet when the meaning of Christmas comes in a slip of a bundle. In everything be thankful, the bible says and that little girl was living it in a way we adults often forget to.

Beautiful story and yes, the fabric of our life...and yes, sometimes we entertain angels unaware.

We did made homemade tamales last year for our Christmas celebration with the married child...we all had so much fun.
Looking forward to your stories!

and these are the memories that MAKE us who we are, and why we want to share, no matter how much or how little we have. The blessing is ours when we share our hearts.

This is what I want to go into December being aware of... helping someone else. Thanks for the good reminder kim!

this brought tears to my eyes. what a blessing
to behold a poor little girl, RICH in her daddy's
love. you were so wise to not shame him.

i wonder what ever happened to them.

you have reconfirmed in my heart the desire
to look for Him as we celebrate His birth.

i pray our love for Him will be renewed.