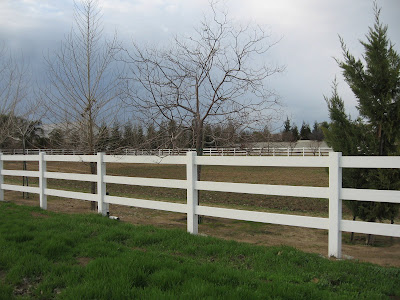 One of the things you should know about me was I always had a secret desire to live in the woods and be a tracker. My Grandpa taught me that if I would sit somewhere and be very quiet, I could see all sorts of things most people never noticed. Like watching a frog catch flies and bugs, or watching a Mama bird line up her babies to teach them to fly. I still like to sit and watch but living in an urban area what I see most is people.

I thought I would share my experience that I had on Friday in the grocery store parking lot. I had a lot to do on Friday so I was up very early and out the door. By the time I was finished grocery shopping it was pretty early. As I walked out with my overloaded basket to the car, walking toward me was a young man with his car keys in his hand. As he got to my basket under his breath he asked me" if I had any change he could have to buy some gas." I was taken so off guard, I just shook my head and held on to my purse and walked faster to my car. 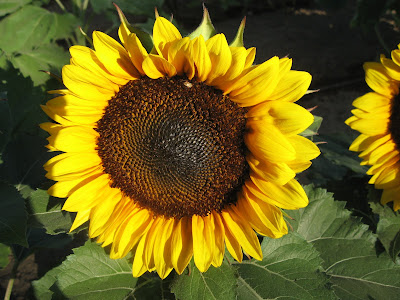 I was loading my car while watching what the guy was doing. He just kind of meandered around the parking lot. While I was loading the car with my groceries. A man about two cars away from me came out to his truck, I heard the young man ask the man in the truck the question he had asked me. The man in the truck responded differently than I had, he said, " Hey dude!! What don't you just tell the truth, you want a brewsky. " That man got in his truck and handed the man some change. I walked to put up my basket when  woman came out of the store walking toward her car when the young man asked her. She did pretty much what I did and got in her car and I could hear the door locks as they went down. 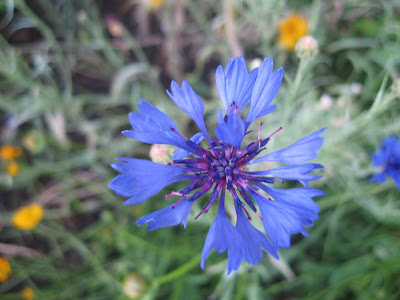 Now for some odd reason all of the reactions, just intrigued me. I was early for my next appointment so I decided to sit and watch. Now my hypothesis going into this was that women would feel more compassionate and kind. The men would be more aggressive and would be more vocal. I continued to watch as this man worked the parking lot. What I noticed about him was he kept his body language open and was very respectful in his demeanor. He kept his palms up with his hands open and with the car key visible in his hand that was what kept me from seeing I was going to get panhandled. 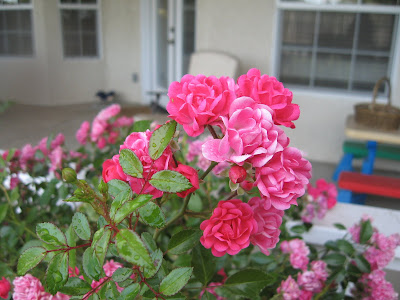 As I watched I notice a pattern. He only asked people coming out of the store. The men he asked, might tell him no at first but would reconsider, every time. One man after telling the guy no, reached in his pocket called him back and handed him change. Only to walk to the other side of his truck get some more change and handed that to him. I never saw a single woman give any change and they all did what I did. I did not make eye contact, I held tighter to my purse, I jumped in the car and locked the doors. The men on the other hand, made eye contact, exchanged words and always gave the guy change. It was not what I expected at all in fact I was shocked. 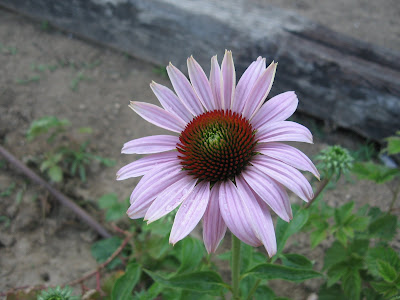 When he first asked me for change, I couldn't have told you a single thing about him other than he was a bit older than my sons. While sitting in the car watching him walk back and forth, I noticed that his clothes while not dirty were worn, he was wearing a jacket too small for him because he couldn't button the sleeves nor the front of it. On one of his trips from side of the parking lot I noticed that he picked up a cigarette butt off the ground and started smoking it.
I pondered my own actions why I had acted like I had and all I could come up with was he scared me. When I get scared, I get angry and I was angry. I think because I felt duped and normally I pay better attention than that.

I have thought about this for a few days now. I just thought I would share it because I enjoy watching people, I like to think about why people do what they do and I also was so surprised my my own reaction.
I thought you might like to know how I spend my days. I think I should add, I never felt prompted to give him change or speak. I always try to be obedient to God, He does prompt me to give sometimes, sometimes He tells me to run and other times like this it was to be quiet. Believe me I have done some really stupid things in my life just because I was prompted to do it. That to me was also interesting because I was not.

I hope you are enjoying your weekend,
Thanks for stopping by today,
~Kim~

Don't forget to enter into my giveaway if you haven't done so yet, here is my link to that post.
Posted by Farm Girl at 10:06 AM

i do not like to be approached by anyone when i am vulnerable and unprotected. i am much more apt to hand change to someone asking if i am inside my car and can roll the window down only slightly. i think the men could feel like they were not as threatened by him and could offer change whereas the women, not.

I agree, as a women we are a little threatened when approached by a unknown man......I to would have done the same as you, I think.....Beautiful pictures, so nice to see flowers instead of snow, Blessings Francine.

This is a really interesting post for a couple of reasons...One I love that your Grandpa taught you to sit still and look for things others miss by being in such a hurry....Oh could grandparents learn that lesson today....The other reason is that I like you love watching people and trying to figure them out..It becomes a game with me....I do think women today have become fearful because we hear of so much junk going on in parking lots, etc....and of people taking advantage of others that we have become skeptical and afraid of bodily harm.....It's such a shame that that has happened because often we miss an opportunity to help someone because we fear their intentions....I know I feel the same way you did when approached outside my car, or when I don't see anyone around....I guess even if we can't help because of trying to be smart we can pray for these people who we come in contact with....

I can just tell I am going to ponder your post for a while...That's for making me think.....

This was an interesting post. I am a people watcher. When I was on the road I noticed people of all kinds, and watched them interact. Some made me angry, with expectations and entitlement. Others made me sad with their despair.

I would have been nervous alone too. Maybe you would have felt different if someone else had been with you. It's sad but you can never be too careful these days.

Kim
You sound like you were a young girl so full of.
curiousity and wonder! My g'daughter Starlet is that way also.
I would have done just what you did, unless the Lord have moved me otherwise. I imagine the men gave because they could more easily, as men, imagine how this fellow who was jobless would feel. Or, if not jobless, aperson who would put himself in a position of begging. That's just my thoughts....

Hi Kim, your grandfather reminded me of my own grandfather. he was so wise and taught me so much. He was very observant too.

You did the right thing. Men are stronger and can defend themselves much easier than a lone woman. When in doubt it's best to be cautious.

It doesn't make you a heartless person to ignore his request. It makes you a safety minded person.

I would have done the same thing.

About a month ago, on a very cold morning, I was walking on the street down town and a young sat on a piece of cardboard with a tin can to collect change. he looked thin and pale and not dressed for the cold. His hands were pulled inside his sleeves and I gave him a few bucks and asked him if he had gloves and he said no. I took off my red pair Tinsulate gloves and asked if he would like to try these on. He was so happy and thank me several time. It was not my place to judge him. It was just a small gesture but it made me feel good.

By the way, I'm a people watcher too.

Dear Kim, you have the most interesting life stories, both past and present. I love reading your childhood stories, working in your grandfather's store. I try not to judge, really I do, I have not walked a mile in someone else's shoes. When I see panhandlers bring their dogs and or small children, really I don't know what to think...I hope your household remains flu free! Blessings my friend, Julie.

People have always laughed at me but my attitude is if someone is homeless, maybe money to buy alcohol is the (second) best thing for them. The first is Christ so perhaps a New Testament and a bit of money might help.

I would have done as you did, except I would immediately have driven away. Very interesting post.

Women are equal to men in all things except brute strength. I'm talking about the average woman, Not a woman bodybuilder. Also, the police will advice you never to give money to a man in a parking lot. It really isn't safe. I know what you mean Kim, I always feel bad too, but I'm not comfortable reaching into my purse for a few bills either. You did the right thing.

I just don't know, after reading this. I want to help people. Once I pulled up to a homeless man on a street corner, and reached out with a bill to give him. He jerked it out of my hand and ran off, fast. It scared me a little, because he did not run towards restaurants or anything, just ran. Maybe he was as scared as I.

Such an interesting story. I wish I had the opportunity to just sit and watch things.

I agree with the others. This was an interesting post. I would have reacted the same way. I would have been surprised if your observation had turned out differently though, as my hubby almost always gives them something. So do my sons. I think like the others that men are just not threatened like us women are. Soo sad really! Enjoy your day!