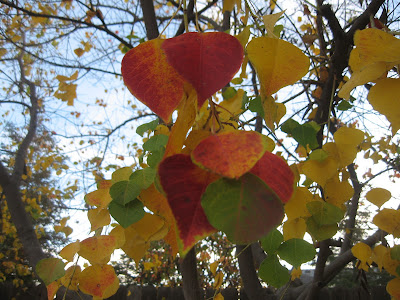 Today has been getting things done that I couldn't get to after my stint on jury duty. I got excused late yesterday afternoon. I am so thankful. So was everyone else who didn't get picked. Everyone almost danced to the parking lot. The people who did get picked were making plans next week to go out to lunch and do things together. They were making the best out of the task at hand.

I met lots of very nice people. People who cared very much about justice. The judge was very concerned about the law and doing the right thing. I might get cynical but it was good to be around so many positive, upbeat people.

At the first when we went into the court room, the judge asked for a show of hands for the people that it would be a hardship for to do jury duty until December 21st. I would have loved to have been able to come up with an excuse, but I thought saying, " I haven't done any Christmas shopping  yet." Sounded very weak and selfish. So just stayed silent. 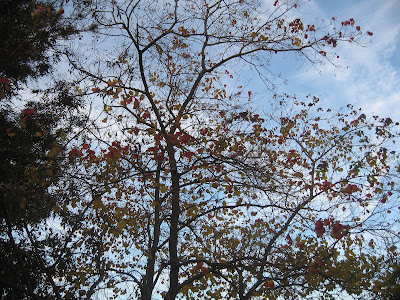 One of the things I noticed one day walking into the courthouse was a plaque on the wall that said that the courthouse was built in 1957 and finished in 1959. I think people must have been lots smaller. The chairs you have to sit in are so close together and so small. If they call your name to walk to the jury box you have to climb over peoples laps.

As I was leaving yesterday, a young man stopped at my car and started telling me that he had spent 3 nights sleeping in his car. He lives in a mountain community and he was afraid that he would miss jury duty so he just stayed down here and wore the same clothes for 3 days. I felt so sorry for him. He said he was so excited to get to go home.

One thing I noticed I hadn't noticed before was how I phones, I pads, and  Kindles have made it so people are in their own worlds but don't interact much with strangers. I did my share of texting mind you. I also didn't visit with other people like I would have done in the past. I wanted to sit and watch people which I did. But I can only do that for so long and then I just have to talk to people. So I did meet some lovely, sweet and kind people.

I always say I won't start December eating aspirin like M and Ms but I am off to a great start. I know if I had been picked as a juror by the time it was over I might have lost 10 pounds. All the walking and I was so sick at my stomach there was no way I could eat. I was up every morning no later than 4:00 A.M. to try and get my things done before I left. I would come home for lunch too and make sure every thing was okay. It always was too. 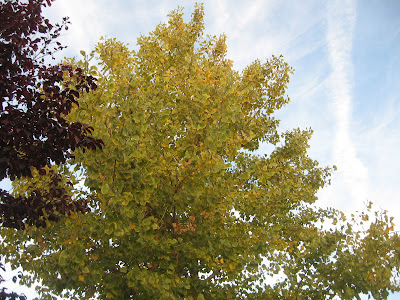 I don't know if I am just a garden variety kind of nut or what. It wasn't that bad, it really wasn't. I had to look very hard at all of the good that is around me. I would get so off base by circumstances that I would panic. Sitting and waiting while they called names and never knowing when yours might or might not be called was the worst kind of torture for me. Watching them excuse people, then waiting to see who the next people who would be called and then in front of all of those people to have to share about your personal life to me is just a nightmare to me in my brain. Even though I tell you all of this junk all of the time. 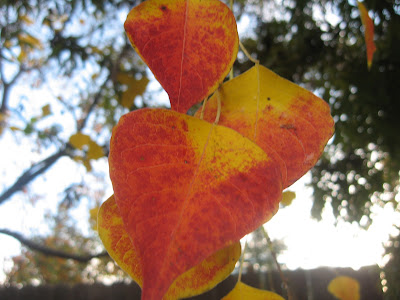 But it is over now for a year. I started Christmas shopping this morning. I did my grocery shopping and laundry. So getting up at 4:00 A.M. is a good thing.

So I am back and God did part the Red Sea for me. I now have time to do all of the things I wanted to get done. Now I can watch the trees change color and go for walks and have time to watch the leaves fall. Not to mention sew again.

YAY! i, too, don't like the personal questions you're made to answer in front of so many others. glad you made it through to the other side! :)

Glad you were released. I don't like the questions. I think those should be asked in private so the next person always give their own answer.

Glad for you to be home, hope you have a wonderful rest of the weekend. Just popping in while supper for my fellows is in the oven. God Bless You. Enjoy your December!

Hooray! I am glad you are finished with jury duty!

How wonderful that you are relieved of anymore jury duty! Now you will be able to get on with December.:-) xo Nellie

Kim, I'm so glad that you have been relieved of jury duty and that you've already started shopping for Christmas.

I think that being in that courtroom perhaps has it made you more eager to get back to your home routine since it's so close to Christmas.

I've got my tree partly decorated as my husband was away all day and I didn't had to prepare meals until now, for myself.

Yay! I don't like the part where they interview you out in the open either. Glad your getting ready for Christmas. I wasted the day hooking but I'm hoping it will turn out good enough for a gift.

Woohoo! God knows the plans He has for you, Kim and thankfully it wasn't duty this time -
I'm so relieved for you!
I know you'll enjoy the weekend so much better now!
Hugs
Christine

I'm so glad you got excused. It's still kind of a letdown, isn't it? Like you didn't make it in to some kind of exclusive club. At least now you can catch up on stuff!

My last experience with jury duty was during a time when I was really sick with the flu. I went, and when they had us sign a book, the girl said 'go home' we don't want anyone here who is sick. I was thrilled!!

Glad you got to go home too, especially with so much to do in December. :)

The whole thing sounds completely different from our jury duty. I am glad you didn't get picked. I have been getting up around 4:30 lately and it's great. Until the afternoon hits and I want a nap but am still at school. LOL

Kim
I'm glad you didn't have to go through the stress of a trial. I worked as the judges legal secretarys assistant. I had to sit through the jury selections and trials. It was interesting, but very long days sometimes
My, I can't imagine that you still have leaves on the trees-so pretty.
I'm glad you have time now to do all the fun preparations for Christmas!

Kim ~
Hopefully now that jury duty is behind you, you will have some time for yourself and time to prepare for the Christmas season.
Hugs :)
Lauren

you did the right thing and you didn't get picked, now you can focus on getting ready for christmas. you will be more focused now, and spend your time wisely!

i was recently in a waiting room to have a test done. all heads were down and every single person was on some kind of device. i remember when we use to chat as we waited in the waiting room. i was so tired, i just people watched and that was enough for me!!

I'm so glad that you were excused from jury duty and can now get on with preparing for Christmas (and some sewing!).