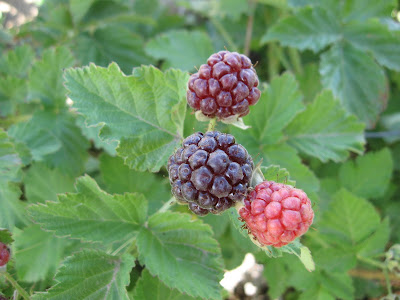 I bought four chicks today. I will show you a picture in a minute. I have to tell you a story first. Back in the spring, I experienced some family difficulties. So bad for me, that I still have dreams about what happened.
It doesn't matter what was said or done, but what matters was I couldn't forgive. I told my husband earlier this week that I feel like God doesn't hear my prayers and they bounce off the ceiling.

I don't know why God has always done things in my life the way He does but when He wants me to go in a direction that I am not going, He starts making me uncomfortable. First thing that happened was the night Sasha got sprayed by the skunk.

The second thing was the cancellation of my chick order. That was a deep one and I knew in my heart this was just for me and I needed to start paying attention.

The third thing is every morning there is a skunk in my yard and I knew I needed to go to the feed store to get some more skunk deodorizer. I didn't want to go, but this morning when my husband saw the skunk out by my coop I knew I just had to have it on hand. 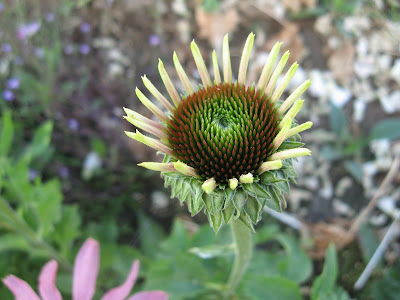 Corrie Ten Boom tells a story about forgiveness and a guard that had been so mean to her sister Betsy and herself in the consantration camp. She saw him while she was speaking and it wasn't until he touched her that she could forgive. Then it was Jesus in her that gave her the strength.

Now nothing like that happened to me at all. I went in bought my things and got the chicks and came back out to my car. I got back in the drivers seat, then I realized the bitterness I have been carrying around with me was gone. This very heavy burden that I have carried around was gone and I felt lighter.

This week I was reading a passage where Jesus had told Peter to feed his sheep. Finally after the third time,
Peter understands what Jesus wants, but then Peter says to Jesus, "Jesus what about John," Jesus turns and looks at Peter and says, " What is it to you, Peter, you follow me." 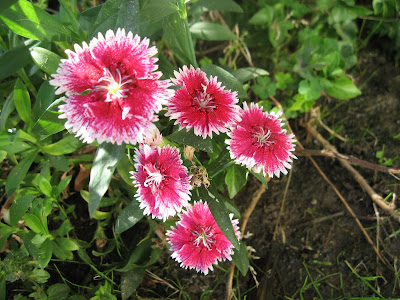 I thought about that and then this morning as I sat in the car those words came back to me. It didn't matter what was said or done, God was telling me to follow Him. What matters most is I finally heard from Him again, life made sense again but the best part is I am free from the bitterness I was nursing in my heart.
It doesn't matter if anything that happened gets fixed, that isn't about me, what is about me though is I can move on because I was able to finally forgive from my heart.

I had to share this because this whole week has been one trial after another. Each one was timed and delivered not by a harsh hand but by a loving Father who knew my heart. He knew the way I should walk, and He has and did lead me every step of the way.

Okay here is a picture of my chicks, Roosters or not it is nice to have chicks again. 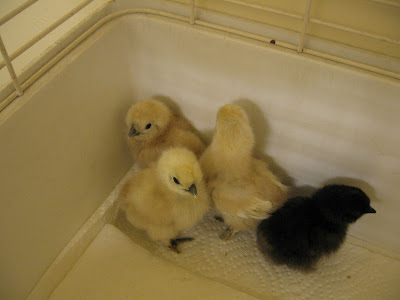 Thank you for reading along. I knew that God was teaching me through it all. I hope you have
a wonderful weekend,
~Kim~
Posted by Farm Girl at 7:31 PM

Kim
Thank you for sharing from your heart. I think we all can relate to how hard it is to forgive. I'm so glad the Lord has helprd you through to a place where you were able to release it.
Oh, so glad you got your chicks!

I so appreciate how you share these parts of your pathway with us. I have been learning to forgive this spring as well. Letting the anger out is cleansing, but finding the small feelings of forgiveness poking through the muddiness of pain is such a relief. How I wish we could get together over a nice pot of tea and have a good old chat about all this. I'm glad you have had peace. I love those little chicks!
Hugs,
Courtney

Good Morning Kim,
"Justified bitterness" so well defines what happens to us when the seed of bitterness takes hold in our lives,I know, I can relate, having experienced this myself. During this time I came to realize just how much the loving hand of God stretched, to bring me back into a right relationship with Him. Like you I was taken way out of my comfort zone, at the time I wasn't to happy but in the end I was more thankful than I can even express. Ahh! the sweet aroma of "Victory in Jesus". I have also come to recognize that the things that happen in our lives as Christians, are not just happenstance, but that through these things we are able to help others on their journey, and it is all for the Glory Of God.Thank you for sharing a beautiful heart felt post, one that has touched my life, and once again I am reminded of His Love for me.

Your chicks are adorable, and from one chicken farm girl to another, enjoy! enjoy!!
Again, wishing you A very Happy Mother's Day.
Love,
Sue

Oh, God is SO good. He teaches us with his shepherd's crook, so gentle and precise.
Peep! I like those fluffy little babies!
Happy Mother's Day weekend, Kim!

once again, your bare honesty is surprising. and inspiring. loved your bloom photos as much as your chic flick. :)

Kim,
I was so touched by your thoughts. Sometimes it seems that I fight with bitterness every day, and it it hard to forgive, but I know that I too have such peace when I hand it over to my Father, and let Him work out the solutions. Have a happy Mother's Day.
Hugs,
Marti

Ah, justified bitterness. How easy it is to justify our bitterness, too. How easy it is to hold on to with with both hands clamped tightly shut. But how freeing it is when we can let go of that bitterness and forgive. Oh dear friend, thank you for sharing that reminder ... it's something I need to hear - often. :-(

Well you sweet girl are an inspiration....When we have the courage to tell our stories, God uses them in others lives to heal them as well.. Isn't He wonderful how He gently but firmly leads us in the direction He wants us to go...I thought it was wonderful how you got these baby chicks after all this happened...They to me represent the new, the fresh, the forgiven....

Kim, I am glad you let that stuff go. Things beyond our control shouldn't be held within.
Chicks? I knew you couldn't go without some! :). I hope you don't get all roosters.

It's true of us all - it's the old nature rearing up but i thank God for His Grace.
You really did have a trying week!
Thank you so much for sharing and the chicks are so cute!
Blessings
Christine

Yay chickies! Goodness, what on earth have you been so upset about? I guess I haven't been around enough... I am glad you've let it go and forgiven. Stuff like that really does just eat you up. :(

Kim, you care for the garden of your heart like you a true gardner. I like how you ponder on the Word of God without preaching but by listening with your heart. You share the movements of your heart , good or bad. You bare your heart and make yourself vulnerable and that is a mark of humility.

We get in trouble when we let the head rule over the heart. You are truly amazing.

Forgiveness is so much easier when you bring Jesus along.

Those little baby chicks are just too cute. I sure hope that they will all be females. There must be a way to tell what sex they are somehow under that little fluff.

I think that this lighter heart must be a great gift to your mother. Have a blessed MOTHER'S DAY.

First of all, hugs to you Kim. I think you need some great big hugs so I'm sending one right now. Do you feel it? I know what you mean about "justified bitterness" because I have spent a long time there back in the day, believe me. When it rears its ugly head now, the first thing I think of is that this is not healthy for me. I have no business holding anger and bitterness because my health will suffer. I've learned that I have to forgive for MY sake. The person I've been upset with is just going about their business and they don't even know what I'm feeling so it certainly isn't hurting them for me to hold on to the "stuff." But what's more important is that I'm not centered in the holy spirit when I'm like that and I just don't want to be there. God is so gentle and loving, He just coaxes us back. I love it. Glad you are feeling better. Do you have blackberries? We had loads and loads of wild blackberries in Missouri and I sure miss them. I had to buy some yesterday at the store, a tiny little box for $3.99!!! I sure savored each and every one.

Kim, life is so short, let it go. We've all been in that same position at one time or another. I love your four sweet little chicks, what breeds did you decide on? any names yet? Sending Mother's Day greetings, Hugs Julie.

Kim, thank you for your transparency, I had a similar experience this last week or so, but over the issue of bitterness wrapped in anger and I'm so thankful for the Lord's gift of repentance and His cleansing and release... Love you chickies!

I always feel good when I read about your trials. Of course, not that you have had them, but how you see good in them and moved forward all the better for having suffered a little.. It always makes me want to do better. Thanks, Kim!

What a lovely story. I hope you continue to let God help you in your troubles and remember that he gives us trials to help us to learn to follow him better.
Enjoy your sweet chicks!

oh Kim, I have traveled that road- and carried that bitterness. It surely is better to give it all to God than to end up with a bitter attitude toward life. He already knows thebeginning, middle and end of it all anyway, so why worry?!
Lovely story & cute chicks!