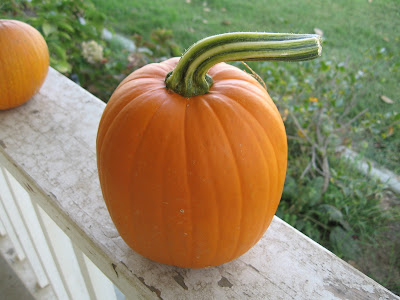 I love October! I love it's promise of the change of seasons and the gold and reds and yellows. I love that the sunlight becomes dappled and even though we can't burn leaves here anymore I remember the haunting smell of watching my grandmother burn leaves in the fall and standing in the  crisp air while she held her shovel and we would talk as we watched them burn. October to me is filled with all things good. Maybe it is that my first baby was born in October and from that first moment I held her in my arms my life changed for the best. It is also my husbands birthday and he is the other part of my life that gives me the joy of life. 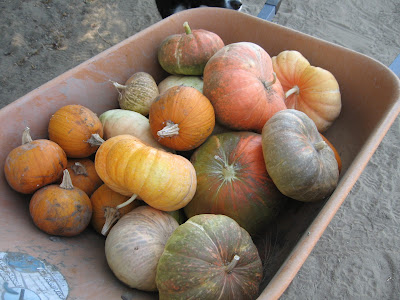 I read this selection the other day from my devotional Streams in the Desert. I love it and it always speaks to me and how I percieve life so I would like to share it today.
" Paganini, the great violinist, came out before his audience one day and made the discovery just as they ended their applause that there was something wrong with his violin. He looked at it a second then saw that it was not his famous and valuable one.
He felt paralyzed for a moment, then turned to his audience and told them there had been some mistake and he did not have his own violin. He stepped back behind the curtain thinking that it was still where he had left it, but discovered that someone had stolen his and left that old second hand one in its place He remained back of the curtain a moment, then came out before his audience and said: 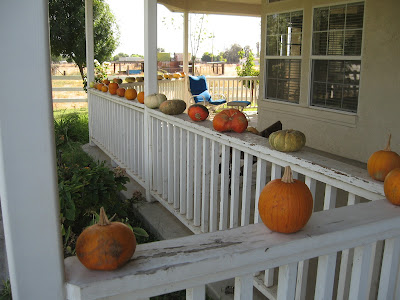 " Ladies and Gentlemen: I will show you that the music is not in the instrument, but in the soul." And he played as he had never played before; and out of that second hand instrument the music poured forth until the audience was enraptured with enthusiasm and the applause almost lifted the ceiling off the building, because the man had revealed to them that music was not in the machine but in his own soul."

" It is your mission, tested and tried one, to walk out on the stage of this world and reveal to all earth and heaven that the music is not in the conditions, not in the things, not in externals, but the music of life is in your own soul."

So on this beautiful October day, I am thankful that within my soul sings a melody that no matter what happens, I know that " All things work together for good to those who love God , to those who are the called according to His purpose." (Romans 8:28)

"Faith already knows that everything that happens fits into a pattern for good to those who love God. An inconvenience is always, whether we see it or not, a blessed inconvenience."
(from a Path Through Suffering, p. 59)

My son said the other day that if I had chose  not to have children, I could have lived free of heartache and pain. It was a bit before I could answer because of the lump in my throat. Finally, as the tears rolled down my face I said, " What ever bit of discomfort I may be feeling now, does not ever touch the joy in my life that I have been given, nor the laughter that has filled my days. We all experience hard things but it is those things that give us pain that gives us joy when it is all past." I know that I can look past where I am today into a glorius new beginning that is just around the corner. Because of the music that lives in my soul.

I needed to hear this this morning. It's so true. I've been focusing on our circumstances and not God.

Kim, it is so true, I can't even begin to explain, as there was a terrible tragedy in our family this past week. Please pray for God's comfort and strength.
Thank you
Christine

i hope whatever challenge you have been given passes quickly.

Well said, excellent post. The music of life is in our soul, I like that, and I believe that!

Another lovely post Kim. It appears that Fall has found you, has the weather cooled? The sun is finally shining here after a weekend of rain. I need to see the sun,feel the sun on my face. Our family lost two family members to cancer last week and now my Gladys, we must remain strong and carry on...Blessings, Julie.

I wish I had read this before school this morning. But I will remember it for tomorrow. And try my best to apply it! All of my fall memories are good ones too. I think that's part of the reason it's my favorite season.

Such an inspiring post. Could you ever imagine a day without your kids. The joy of being a parent out ways all the negatives. Its all good!!!

as i flipped my calender this morning i said the same thing!! i just adore this time of year!!

Kim ~ what a lovely post. No truer words have ever been spoken ~ for without the pain ~ we would have no measure for the pleasure, happiness and peace and laughter in our lives
Have a blessed day ;-)

Beautiful! I am so glad we both read Streams.
(BIG HUG!)

You are right of course. The music is not in the instrument but in the soul. My violin is silent, hanging on the wall...

Another lovely post. In fact, I read it multiple times throughout the day. It kept me from knocking people's heads together ;)

A beautiful post...thanks for sharing!

Kim
You do have many reasons to like October!
Thank you for sharing your devotion. I can
really use it today!

Kim this was just a GREAT post...maybe even a profound one. I loved it. It made me think, it is well, it is well, in my soul. So glad you wrote this..,.and yes, so glad it is Oct.!

Kim that was just beautiful- our children are such a blessing to us- in the good times and bad. God knows everything.. our very breaths.

What a beautifully written post ... you have such a way with words, my friend. May your joys and blessings outweigh your challenges ... and may you have fall-like weather soon, too! ;-)

Amen Sista! That is so very true.I hear you loud and clear.I myself have had heartache with my older children but the joy over fills my glass.
Life is life and we must make our own happiness and be grateful!
During the most difficult times I feel myself become much closer to the Lord and things happen for a reason I do believe.

oh yes I love October myself! We are having an Indian summer out my way which is fabulous but you can feel the cooler mornings and evenings.~Cheers Kim

Thanks for this post Kim, it's a word that i needed to read and be reminded of

October is a lovely month; I think those pumpkins need to be moved from your chair so I may sit down, book in hand, apple cider nearby and feet propped on the wagon.
Ahhhhhhh, comfortable!