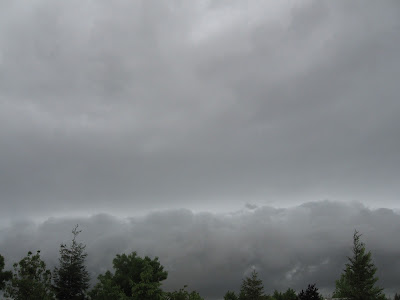 When I was four, my grandparents bought the place where I now live. A place filled with old ghosts and lost dreams. As my parents would take us some place in the car, we would pass a old house. On the rickety front porch sat a woman in a rocking chair. She was dressed in a black silk dress from another era in time. Her hair was pulled back into that severe bun and her hair once black was now white. She would rock and as we drove by, I would watch her and wonder about her. It wasn't long before one day the rocking chair was empty and on the door was a black wreath.

Time moved on and the house was soon filled with different families. None stayed. It seemed that each group of people who moved in would meet some sort of disaster. The one I remember was the father of one family was killed in a freak accident by being thrown from his truck and the truck running over him. People began to remark about the house being haunted. 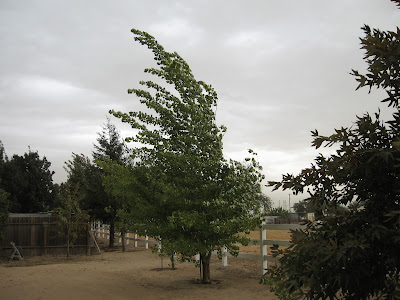 It came time for me to go to high school and in my grade school years the school bus picked me up at my front door. In high school I had to walk about a mile or so to the bus stop. Every day I had to pass the now empty house on the way to school and on my way home in the evening. 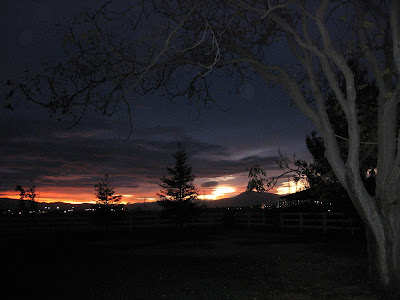 The house had been vacant for a few years. It was at one time two old wooden train cars put together in the shape of a "T" Sometime they had added a second story and had added the front porch. The house was built back into the trees and spent most of it's days nestled in shadows. There was a wrought iron fence the kind you see around  grave yards surrounding the house. Now the front gate was chained with an old, rusty padlock. The kind that opened with heavy skeleton key.
Each day I would pass and think about how lonely it looked. The windows were becoming more and more dusty. The doors and the windows remained tightly closed. Fall was starting to come and the sidewalk became littered with dry leaves. The black, screen door was packed with dry, crunchy leaves all piled up. 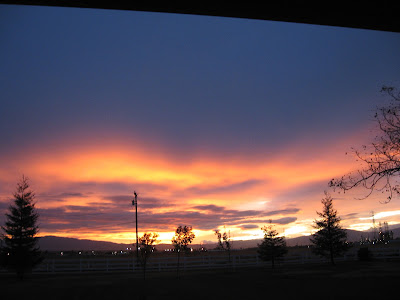 The days were growing shorter, and I was walking by one evening on the way home. The sun was low in the sky, but as I passed the house, I thought, I saw a hand in the top window, the curtain moved ever so slightly. I felt that feeling of being watched. It could have been the wind, or my imagination, but I thought I heard my name being called. I looked around but I was alone. I walked faster towards my house.

For awhile it went on like this I would see what I thought was a hand in the window, and my name being called. One day on my way home, the neighbor that lived next door was out in her yard and I stopped and asked if someone had moved in the house. She looked up at me and then over to the house, and said, " No, no one that I have seen, but I have heard noises over there at night." She said, " I thought I saw a candle moving from room to room, but it was the night of that big storm, so I thought I was just seeing things." Then as her beady eyes focused on me her eyes grew hard and intent, she said, Kim, you stay away from that house, don't you go looking around." "  Do you understand?" Somethin' ain't right over there, never has been since Old Mrs. Krebs died." 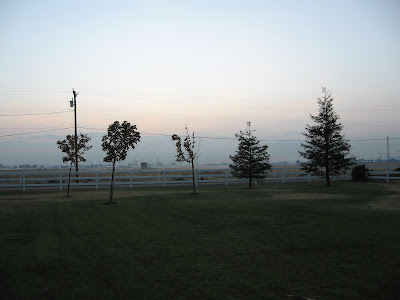 Christmas came and went and I didn't think about the house or go past for awhile. Then toward the end of January that year, I began walking back and forth to the bus stop. One evening as I passed, I noticed that the gate was unlocked. The chain that had once closed the gate was now wrapped around the fence, and the lock was now opened laying on top of the post next to the gate. I looked up at the window where before I had seen the hand. Now it was a face I thought but the windows were dirty but I couldn't be sure, there was a hand motioning for me to come in the gate. I stopped, I could hear Charlotte's words ringing in my ears, as I put my hand on the gate to go inside the fence....

Well, my goodness, just leave me & Sweetie hanging waiting for the finish!!
Fools rush in where wise men fear to tread...,,.

I'm speechless and i'm waiting to read the end of this interesting spooky story. Love the cliff hanger.
Have a great day.

Keeping us in suspense! Waiting to hear "the rest of the story"! :)

Oh goodness, I can't believe you are leaving us hanging, haha....can't wait to hear the rest! Enjoy your day!

Oh, Kim! Leaving us in suspense!

It must feel special to be living on property that has been in the family for a long time!

Oh my ... good thing I read this in broad daylight. ;-) Can't wait for the next installment!

I've got goose bumps on my arm. Does that mean that somewhere in the world there's a goose that has PAtrice bumps on her wing? :P

Is she the one the street is named after?

Yikes! Is this real or made up? Spine-tingling!

If this isn't true, you are an excellent tale teller and you - I hope it's not true because I'm terrified for you!
Christine

oooohhhh, you are creeping me out!

oh dear....not sure I am ready for the next installment! Though, it is you telling the story so whatever happened next cannot have been too bad! I mean, ya know, cuz you're still here with us.

My, aren't you the good story teller! And leaving us hanging like this! Can't wait to see how it ends!

What, are you kidding me? I can't wait. I love a good ghost story. Anxiously waiting for the next post!