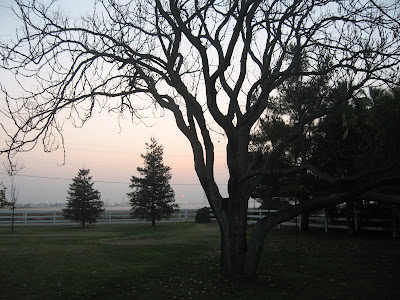 It is so brisk and cold this morning. It makes me so happy to walk outside in a coat. It makes me happy that today is Friday and we have a brand new day to open with anticipation. I never know why I like Fridays so much, it is by far the busiest day of the week. In fact I really shouldn't be on the computer.

In 1975 on November 10th  the S.S. Edmund Fitzgerald sank. The song by Gordon Lightfoot memorialized it, I have thought about it. It wasn't until my husband's job took us to Michigan that I even understood why the great lakes were The Great Lakes. So today, I would like to remember the families who husbands and fathers went down with that great ship.

My husband's Grandfather was one of those kind of men who was a adventurer. He did the things in his life that most people just dream about. He was the most incredible man I have ever had the privilege of knowing. He made a underwater metal detector for a man who did salvage looking for treasure from sunken ships.
When Grandpa would come to visit, my kids would sit with open mouths and wide eyes as he would tell them stories. All of them still miss him so much. They are always remarking about how they wish they could talk to him again.
Anyway on one of his visits he brought us some silver coins that was found on this sunken ship. 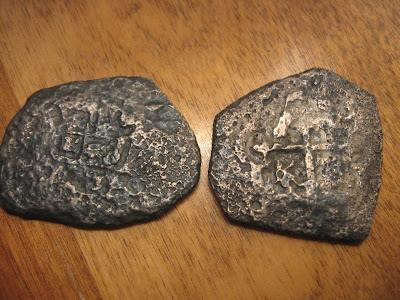 Aren't they cool looking? I love how old the metal looks and how pitted it it. Both of these have the cross stamped in them. They are from from and I am quoting from the article printed in July 13th, 1967 "
Capt Jack Steffney has recovered over 800 silver coins and artifacts from several of his finds after his original discovery of the San Fernando's death spot." The ship sank on July 13, 1733 during a hurricane when it struck the reefs between Marathon and upper Key Largo, Florida. 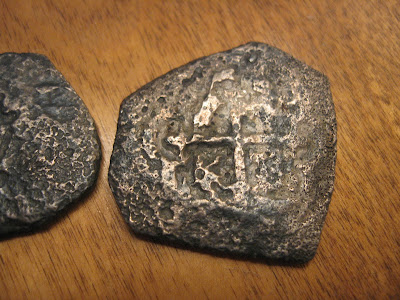 " Evidently, treasure from the Spanish wreck was struck along by high winds and turbulent waters"
He goes on to add that he found " Piller dollars since they bear a date of either 1732 or 1733 during the first year and the very first minted round coin's were made in the new world."
I believe that these are either pieces of 8 or pieces of 4 they aren't the Piller dollars. Those are too valuable. These coins are solid silver.

Life is always so interesting and I am so thankful today for the blessed opportunities to have got to share it with such amazing people.

Have a great Friday!
~Kim~
I am having posting issues. I posted this earlier in the day. Every time I try to post it gives me an error. Is anyone else having this problem?
Posted by Farm Girl at 6:12 PM

We used to listen to that song on road trips!

Oh good, I can finally see this post. It just never went into the feeds. How weird. I love that you were able to find the story behind the silver coins. :-)

I'm not having any trouble posting ... but I publish from Live Writer.