Earlier this week, Windows had some new things that they do occasionally, called I think, " Windows Updates. Which always fills me with apprehension. My computer develops all kinds of problems. I will spare you the details from last week, but by Saturday morning, I couldn't even get on my computer.

Ron mentioned that even at his work, where they have very techy people who take care of computers full time, they were having fits. Ron said that the only thing we could do was to put a new O.S. on my computer. Not being that savvy, I said, " What is an OS?" (In my mind I am thinking of OZ, like Wizard of Oz with lots of flying monkeys.)  He told me, my heart just sank. I knew I had to do this. 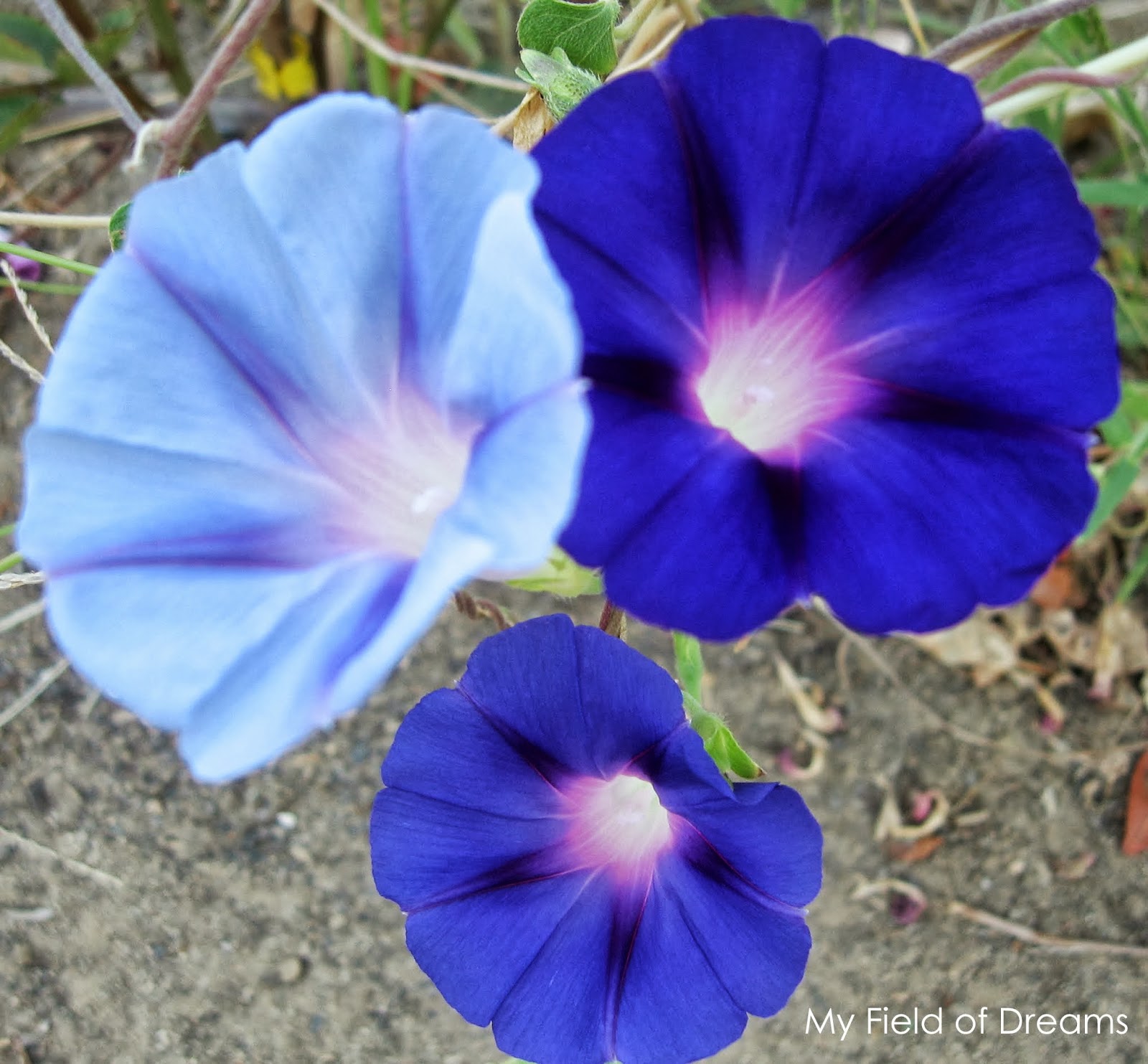 I also wanted you to know that after last year, one of the things I have learned is going forward and trying new things and not looking back is a better way to live. Living in fear is not good. Which is how I am with new technology. So Ron started and after 121 updates once he got things all changed around. It took hours and he babysat my computer. I have to say, I am leaning new things and new places and it is a real improvement. I had so much voodoo going on to get my computer to do what it was supposed to do that now to walk in and turn it on is nice. Nothing hangs, nothing freezes. No errors or bells and whistles going off. 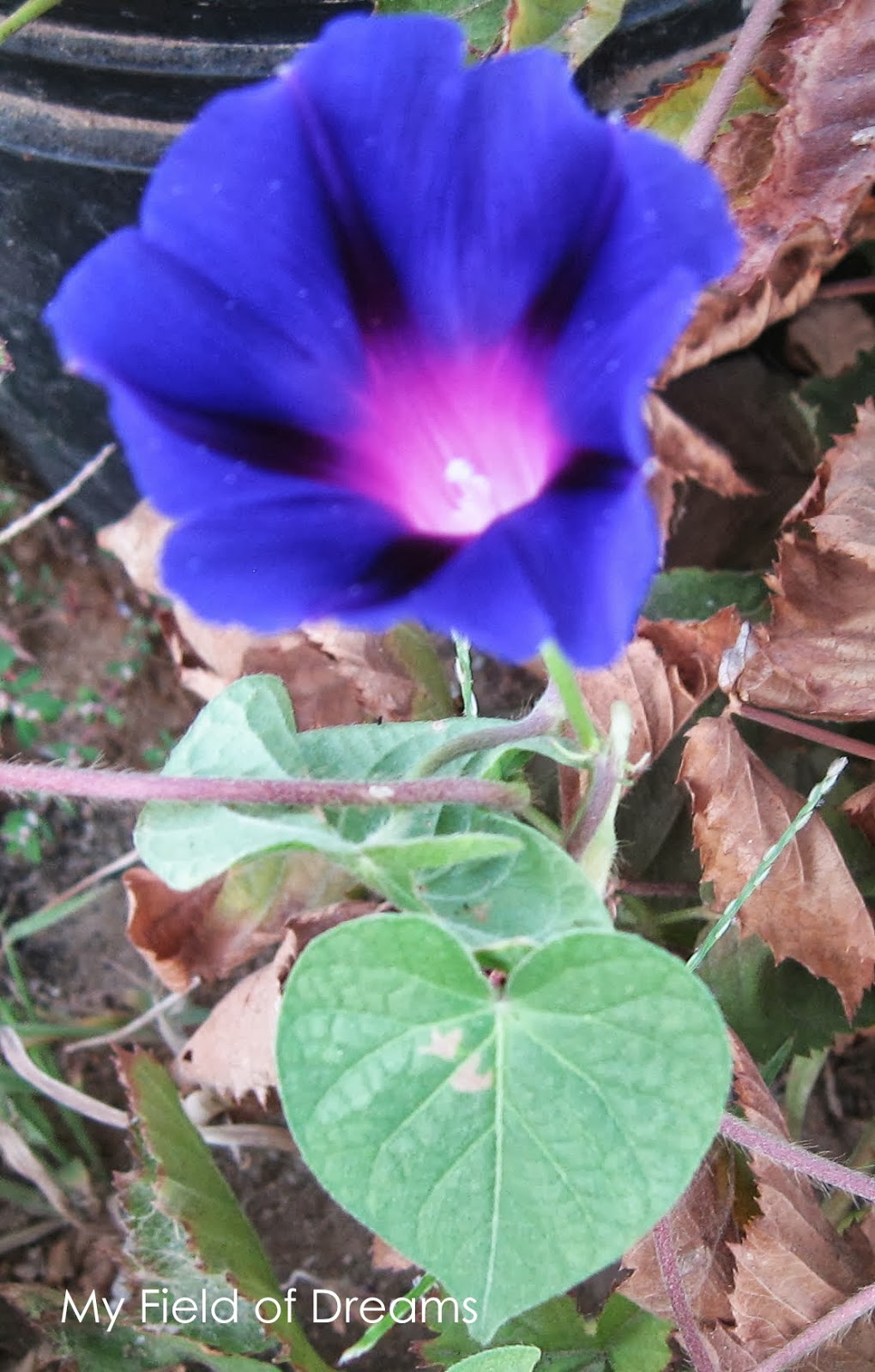 My pictures load again. That was a nightmare, trying to get my pictures to load. Not to mention visiting blogs. My computer just wouldn't load pages. I will have to spend a few days learning things but it isn't as hard as learning a new phone. Or a new remote for the T.V. I remain remote challenged. It doesn't work at all when you hold it upside down, which happens mainly when I have my grand children here. 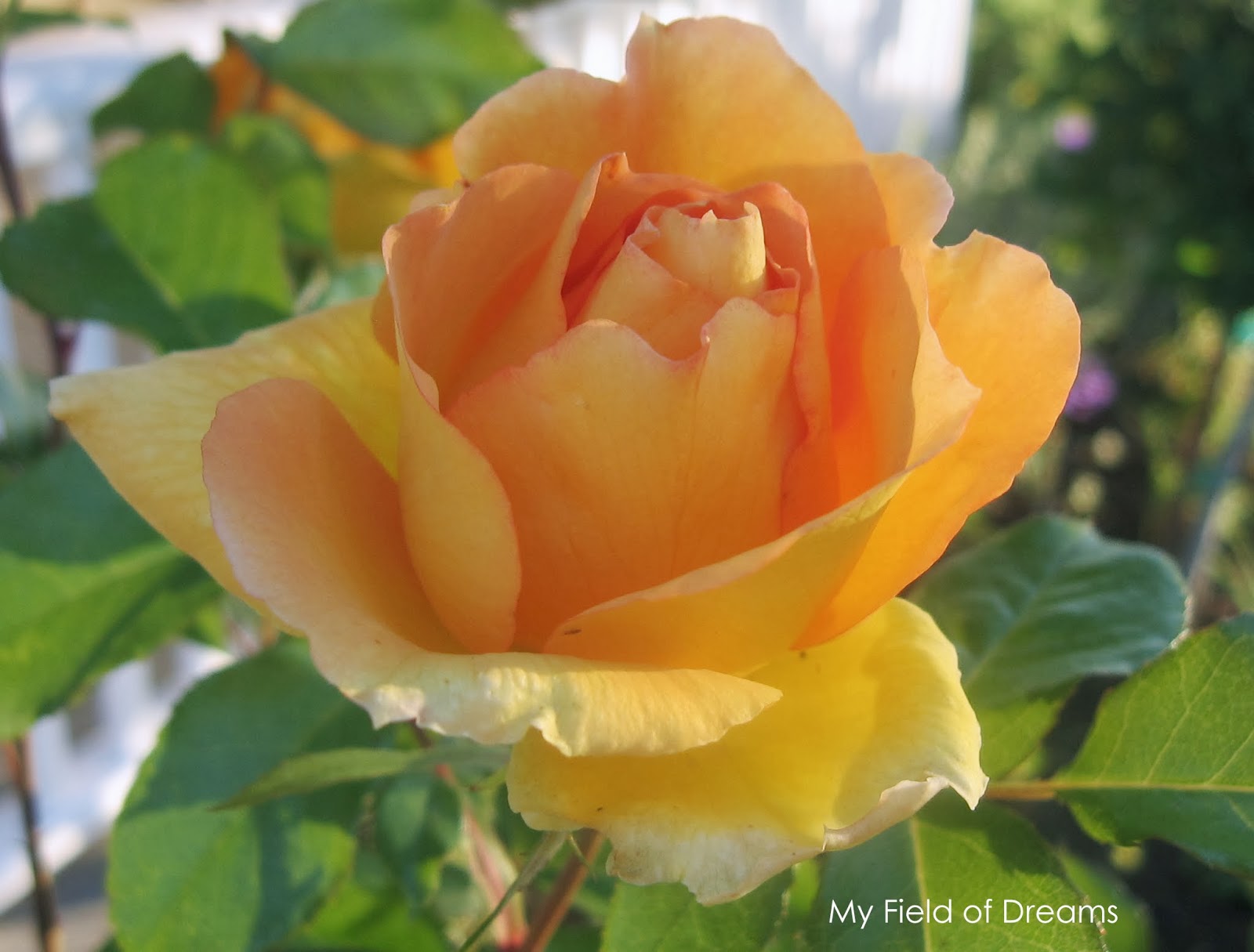 I am just using old pictures from my computer. it is a gray and foggy cold day here.  The visibility was down to 1/4 of a mile this morning. It smells like a deep freeze outside. Yesterday it warmed up to 43. It was nice.

I hope you have a lovely day today. I have to sit and make a list for this week. I only have a few more cupboards to clean. It feels so nice to get so many things cleaned and straightened.

Have a wonderful day,
~Kim~ 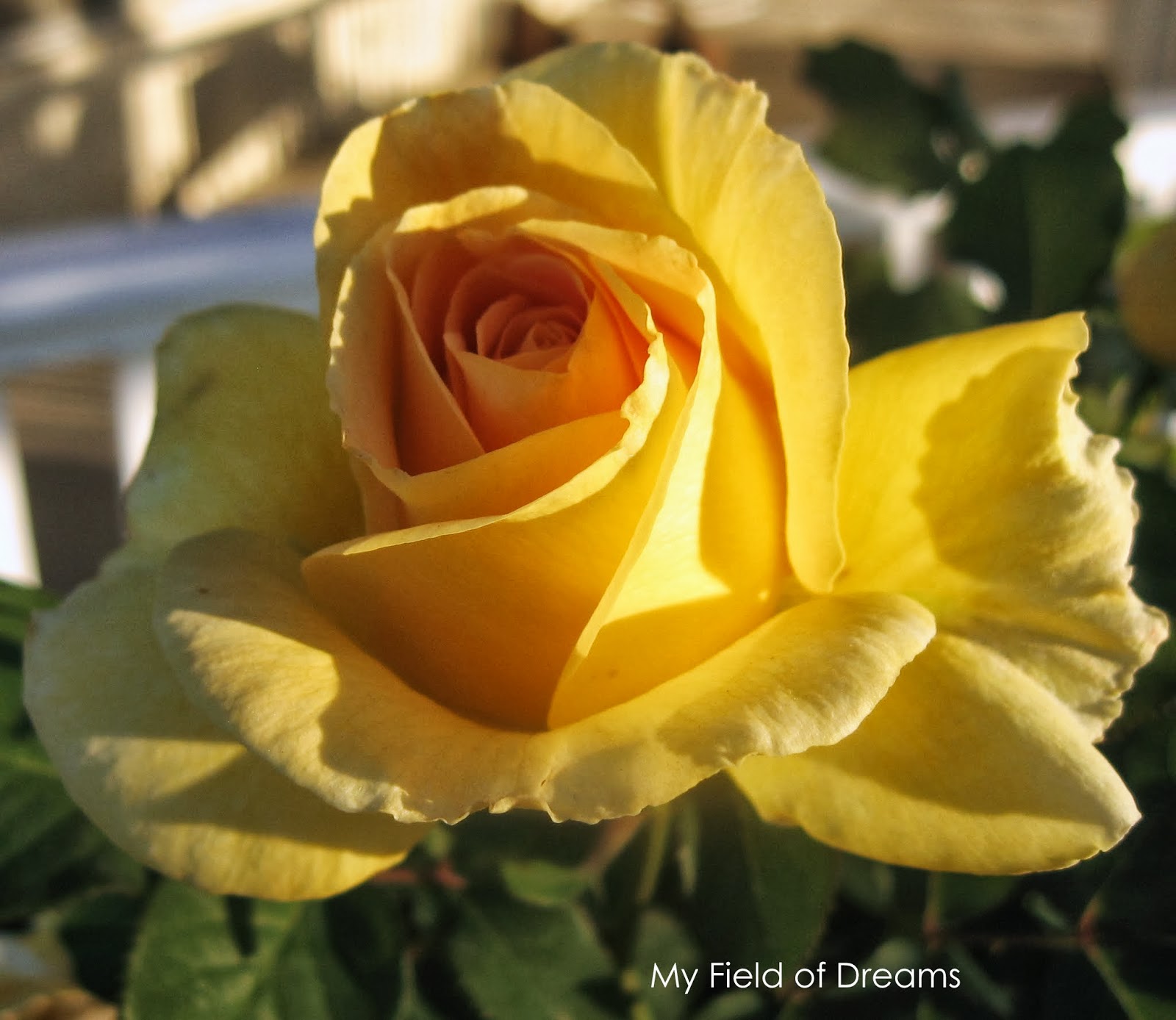 " The deep part of winter gives most of us a little more time alone. The natural rhythm of time has changed from that of summer. But instead of dreading the dark winter days we ought to savor them for what they can give."

" I hear the shadowy horses, their long manes a-shake,
Their hoofs heavy with tumult, their eyes glimmering white;
The north unfolds above the clinging, creeping night---"

ron is a wonderful man! but you know that. :)

I wish I could say I only have a few more cupboards to clean...lol!
I hate change of any kind, especially on the computer!!! Glad yours is up and running better.
Hugs :)
Lauren

I'm glad you survived the upgrade! Did you lose any of your pictures?

Oh I know the dread of new updates etc! And I am glad my hubby is the tec savvy one I rely on to help me just as Ron helps you!
Have a lovely week!

Kim...Glad you got your computer all fixed and running as you need it to. I depend on a computer geek guy I know to help me when my computer has problems. He has remote access, so it's all good. Must make my own list...getting a late start on this day. xo

Yay! I'm glad you are up and running! Way to go, cleaning all those cupboards! I'll text you a photo of our icebergs but it is warm today.

Oh, dear! I truly sympathize with you about the computer situation! The same thing happened to me, and I couldn't access my pictures or documents! Now I am able to access them, but cannot figure out how to retrieve them to attach to anything, so I'm using the iPad for camera, etc. Son-in-law was a bit of help with it, but it's still not "the same." xo Nellie

Every time there is a "new" update it throws everything out of whack. My ipad has had an update pending for weeks and I am too scared to do it.

Good for Ron to do the updates and get your computer going again. I usually call an Apple technician when I have problem with my computer. I'm holding my breath... so far so good...

I'm been sorting through a bunch of recipes this afternoon. They get all mixed up when I go searching through and i keep adding on to the pile.
At my age, you'd think that I would'n need any new recipes. I'm addicted.

So glad Ron was able to get things all straightened out for you. Yay!

You have a Hero too:) hug B

awwww Kim, I can work the remote but have no idea what to do to the t.v. when we watch a movie!! I use to know how to record a program on the DVR, but the cable company did an update and I have not caught up * sigh *........I think I am at a technology overload!! Sometimes it is a tad overwhelming for those of us who did not grow up with a computer!!

am a dummy if comes to stuffs about PC. LOL.. yeah....feel scared whenever there is a need to update .

So glad your computor is up and running more efficiently !
I agree, it is better to "turn the page and move forward", but at times can take a real step of faith !
Rose

Making any changes to a computer can be very scary...Good for you; you tackled it along with your sweet hubby and now look how good it running.....P.S. Are you going to put the sheep rug on easy? I've been watching for it.

I am so glad that Ron got your computer fixed, and I hope it stays that way :)
How frustrating it is when these computers of ours don't do what we want them to.

Also, I love the quote by Gladys Taber.. it's one of my favorites, and rings so true.

I am so glad that you are in a good place right now, and enjoying this time in your life. Yay for enjoying the journey :)

Yes life and all the technology...and the updates. I have a son who is a techno and a husband who sells for those who know how to do it all..and yet, I am still always asking for help. While watching my grandsons last night I didn't know how to use their remotes so I sent a picture of all three remotes to my son through the phone...so he could tell me how to get a show on their TV...LOL
Have a good week.

I'm glad you had Ron to fix your computer. When mine starts acting up I just have to give it my best guess and try to fix it. I have this very odd little pop up that happens occasionally and it scares me to death. I have no idea what it means or how to fix it. I just await my computers death and am frantically trying to get all my photos moved over to a flash drive.

That's the thing about any kind of computer technology - it has to be constantly updated or it very soon becomes dreadfully inconvenient. This maintenance is something I resent having to learn about or take any time for! Lately we keep getting spammy programs that somehow install themselves and suddenly we are swarmed with frantic pop-up ads and the only solution is to reset or refresh Firefox, so I have become very good at that one thing. :-)

i picked up a virus, doing an adobe upate that was an adobe want to be. in the shop for 2 days, i just got it back a few hours ago!!! love my baby!!!!