I have made some things but with so much going on I haven't had a chance to post any pictures.
This first pattern came from Pineberry Lane. I like this pattern so much that even when I see other people post pictures of it I still like it as much as I did while sewing it. 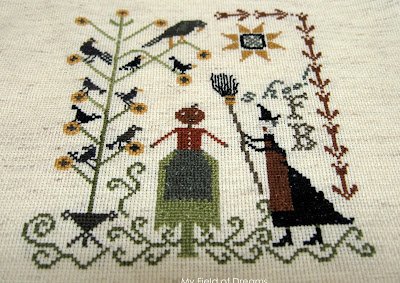 It is another in the series of Fancey Blackett. The sunflowers and the crows just made me happy, but that little scarecrow was the best.

The next thing I worked on was a snowman. This pattern is from Threads That Bind. I have had it a long time. Of course like cooking, my recipes are always changed, the same goes for doll patterns. I had to change it up a bit but it was a fun project. 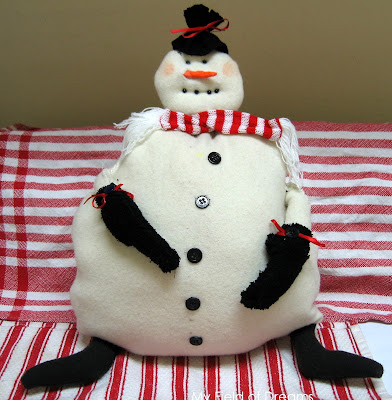 He is really big. I have  few snowmen that I have made through the years. This is the first one in a long time. 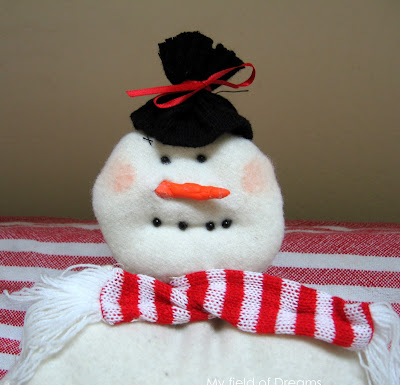 I ended up making his nose out of skulpy. I enjoy working with that and I always like how it turns out.  I was pretty proud of the hat. I took some old black socks I had in my sock drawer and kept playing with it and finally I cam up with that hat. I also used part of the socks for his mittens. I hand sewed them together and then turned them wrong side out so the mittens would look fuzzy. I had the eyes and mouth beads from when the kids were small and I would make them stuffed animals. The package was marked 75 cents. It made me chuckle. I wonder how much they cost now.

One of the things that is nice now that Hobby Lobby opened, is Michaels   was not a zoo.  I went in and walked around and looked at things. I have a cookie/ornament exchange coming up in December so I thought I would go by the Christmas ornaments. I found a couple. 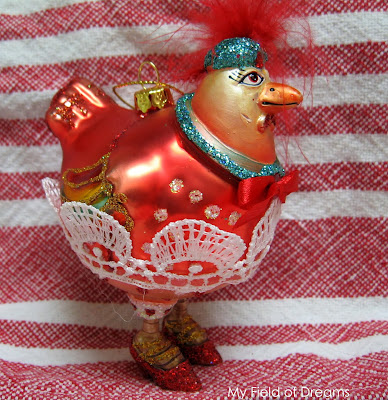 There was this adorable hen. I was totally sold when I spotted her shoes. I have a thing for ruby slippers ever since I saw the Wizard of Oz at about 3ish. 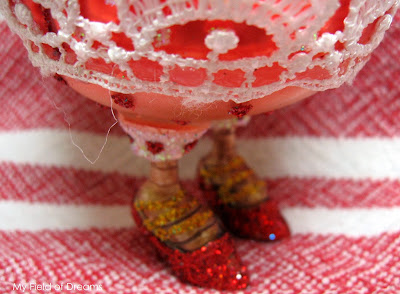 I knew this little hen was coming home with me. Then I spotted the rooster. I realized he needed a home too. 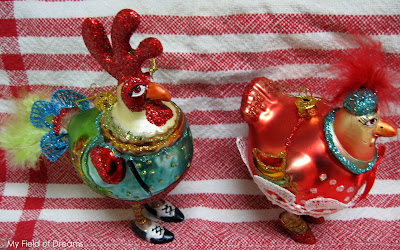 I bought them both. I think I will have to go ornament shopping for something else to exchange. I don't think I can part with these guys. I kept taking them out of the bag to show everyone and every time I did I was more and more attached. 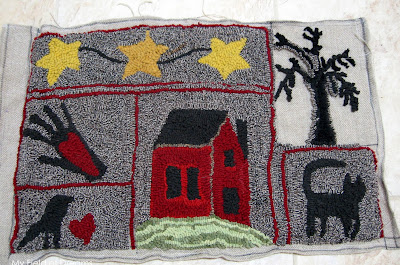 Last night I thought this would be a good time to finish this rug. I thought I had a small piece of  tweed wool left and nope. Someday you will think I will get this down and not run out of wool at the end. I think I have done that with my last three rugs. So I will put it away until I can get some more. Ron asked me if I was going to sell this one. I told him I have waited 15 years to make this. I laughed and said, "when he starts selling his Bonsai trees, I will sell rugs". :) I am having some hoarder moments I guess. Maybe I will make this pattern again and then I will sell that one.

Have a wonderful Thursday. Today is one of those days, that I have miles to go before I sleep.

I do love your snowman, you are creative to come up with a solution for his hat and mittens. I also love that cross stitch. You must have quite a collection by now.

Those fowl ornaments are the bomb...Keep them for sure. They will be quite popular. I wonder if they have baby chicks too to add to the pair... lol.

Have a great day.

nice, creative, colorful projects....i am a tad jealous!! i am up to my eyeballs in paperwork and contracts....NOT having any fun!!

You are so creative. I think everything that touches your creative fingers turns out so nice! I still can't believe that Christmas is just around the corner. The hen and rooster ornaments are great. Love her ruby slippers! I wonder if she lays golden eggs?

Oh, how cute! Those ruby slippers would not be leaving my house, nor would that rooster! Quite the pair!

I love your snowman! You are really crafty!

Have a good Thursday!

i like your fat snowman. and your silly chickens. :)

I just feel so happy seeing your finished x stitch and snowman and how cute are those slippers on the chicken!! So so sweet!

Hello little busy bee! Those chicken ornaments are out-of-this-world cute! WOW!
Your stitching and your rugs are fantastic!
YAY YOU!

you are such an artist! i just love your snowman!
BUT hobby lobby would turn over in its grave to
know that it made you happy for them to open a
store . . . so that michaels wouldn't be crowded.
made me smile.

Lovin' all of your projects!!! And, your header photo is absolutely beautiful! Thanks for sharing with us. xo

Hahahaha! You don't THINK you can part with them? I KNOW you can't! :) I love them too! I saw the Wizard of Oz at the age of three as well. And that witch scared the crap out of me! I do adore those ornaments thought. I might have to run up to Michaels and see if we have them too! They are adorable!

Kim
Don't sell your rugs! Someday your g'children will be more than happy to have one of their g'mother's rugs to display.
Oh, I love your chick and rooster. You have to keep them together....I think they'll look perfect on YOUR tree.

Homeschool on the Croft said...

Oh, to have even HALF your talent :)

And I *love* the photo of the Autumn coloured trees at the beginning. So, so beautiful

LOL! Those are the silliest, cutest ornaments!I like the colors of your rug. I'm having a thing for black and white and red right now.

Your snowman is sooooo cute, and the chicken ornaments I will go shopping for, I have a tree in my kitchen that could use some. You are one gifted and talented lady! not to mention how much you inspire me.
Hugs,
Sue

Hey busy girl. Love the projects. Don't you just get so frustrated when you run out of wool? I hope you can find it. Those ornaments are so flippin CUTE! You have to keep them :)

You are just so creative and so productive. I just love the ruby slippers on that hen ... she and that rooster would have had to come home with me too ... to stay! Ha!

wonderful projects!
just love the snow guy, the cross stitch, just love the pumpkin scarecrow, no wonder you love that.
but I agree with Julia, the bomb!! no way, don't give them away!

Wow, you certainly have been busy! I love all your projects, especially the cross stitch...Now those are two fun ornaments, I wouldn't part with them either...Any grandbaby news yet? Thinking of you...

Fun crafty creations. That needlepoint is impressive. I know how much work is in them, and that is why I don't do needlepoint. Cute chicken ornaments!!