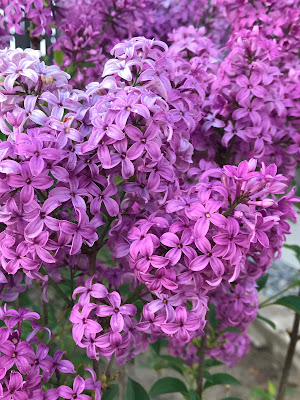 The trees are finally beginning to get tiny, green leaves on them. We are supposed to be in the low 90s this week. I could I suppose start some seeds. We worked on the garden beds and got the back yard flowerbeds cleaned. We really had planned to go visit the nursery that is in walking distance but it rained. Nice rain but too much to ignore. In the Central Valley, we don't get rain like Northern California. So I can mostly ignore it if I want to play outside, but this last storm was like real rain so I just hooked my current rug. Its called Mighty Whale, by Woodland Junction. 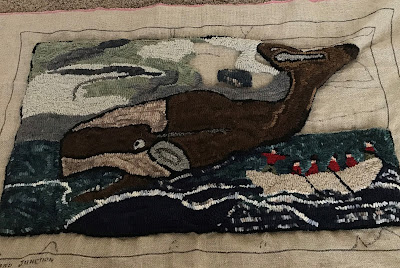 It looks really dark in this picture, Its not that dark. I have wanted to do this rug since I first started hooking rugs. I think I started hooking rugs in 2011 or so. I waited to hook rugs until I was done with homeschooling and could concentrate on learning all about it. I remember the first magazine I saw and it had Polly Minick and her rugs and that was all I wanted to do. I still had small kids and I was afraid my wool cutter would be used to cut construction paper and what ever else they thought they could cut. So I postponed it. I still have that magazine too. I had a copier and the kids were in AWANA and there was a counterfeiting scandal that happened with AWANA dollars, I am not accusing anyone of course, but I knew what would happen with a wool cutter. 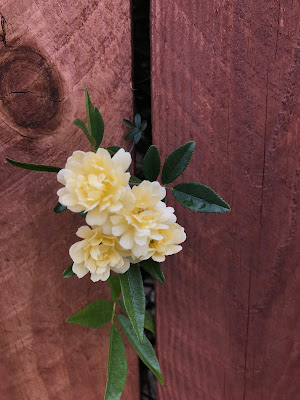 We were living in town then and at 2:00 we had quiet time. Mainly because I was so tired I was a zombie. So for one hour they were in their rooms. Since I spent most of my 30s either pregnant or nursing I would have the youngest baby with me. The next to youngest at the time was two and he was sharing a room with his much older brothers. It was in the upstairs bedroom. I remember the day when the sweet man next door, knocked on our front door. " He said, Kim I hate to bother you, but I thought I really should let you know that about 2:00 in the afternoon, the boys lower the baby down on a rope and he goes in the garage and gets soda out of the fridge and they pull him back up on the rope. It looks pretty dangerous and I thought you should know."  I was just floored. You know having kids really makes you jaded.

When 911 happened. I was outside and our oldest son came running outside and said, "The twin towers have been attacked!" I looked at Ron and said, "How does he know? We don't have a T.V.?" We didn't have a T.V. but someone had given him a broken one and he fixed it and he had it in his closet. Unknown to me. I think that was the beginning of his life of being able to fix anything. (He has a You Tube channel and I watch him now fix anything broken but I think that TV was the first.) 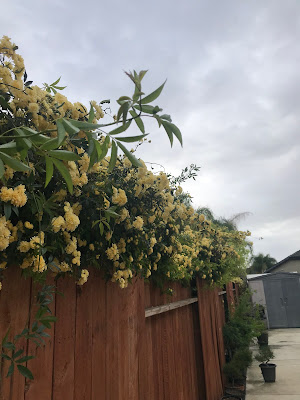 I am glad my kids have kids. That is when you know there is justice in the world. Of course, I don't think my grand kids are like their parents, they never do anything wrong.

Its spring and I start thinking of taking trips to the desert. I love seeing the cactus this time of year. I love watching them bloom. Plus can you tell? I miss my grand kids and their parents.

I hope you have a lovely week. Can you believe April is just around the corner too.

Thank you for stopping by, 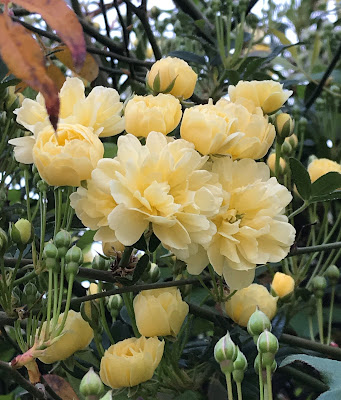 This was my thought this morning. I have sat and stared out the window and thought about it.

That is SO funny about lowering the baby! For soda! So funny!
xo

i like your mighty whale!!! gorgeous lilacs ours will be coming soon!! we have tiny buds on almost all of our trees, spring is a beautiful, hopeful time of the year!!

I laughed out loud at the 'justice' comment because my son learned what challenges I faced raising him. OMG, lowering a baby down on a rope, WHEW!%&?! Bet you were beside yourself.
Your whale rug looks wonderful and so do your plants!

Oh my, lowering down the baby from the upstairs window to get a soda from the garage is pretty dangerous. I'm glad your neighbor noticed and told you.

You have such pretty yellow flowers in such profusion of blooms. It makes my heart pitter-patter.

Time has been going so fast for me I can't believe it.

I love your whale rug. You got a lot done on it. It looks quite large. Happy Spring and happy hooking.
Hugs, Julia

I laughed and laughed at this post. True crimes: AWANA edition! I'm sure we were the family everybody told stories about.

This is one of the funniest posts I have read in a good long while. Oh my heck!! The AWANA counterfeiting, the baby heist, the tv repair...Wow!! Never a dull moment in your house...but what clever little ones you had!! You truly did a great job fueling their imagination (and...ahem...."skills.") 🤣 Your rug is looking FANTASTIC!! I have toyed with the idea of doing this rug several times...not sure why I haven't as I do love it. Those blues/greens you have are wonderful! And those flowers!!! EEEK! Are they yours??? How incredible! Such a soft color...and such a profusion of blooms. I can scarcely believe low 90's. Wow. It is dreary and rainy here...and our 50º temps have plummeted. Sigh. But at least it is not snow...yet. Happy Spring my friend.... ~Robin~

Thank you for the laugh. Parents have all of my respect. I appreciated your stories.

Ditto everything Robin said. Never a dull moment at your house ;-)
My Las Vegas son also said they are heading for the 90's. I would think it is much too early for those temps!

Your rug is beautiful! It's nice to know that you have some wonderful garden beds to plant in when you want to. Beats that old jacuzzi...haha!!

Your kids are a hoot, and I can just imagine them lowering their brother down...Yikes!
Happy everyone survived :)
Makes me think of when a friend said to me "aren't you glad you didn't kill your kids"?
She told me that when we were blessed with our first Grand.
It's true! Grands are the best :)