The above picture is my dream garden. The fence and the beds and the trees would be nice. I live in a desert so I will just keep dreaming. Today we planted all of the rest of our tomatoes and peppers. Checking on the garden just a bit ago the little tomatoes and peppers weren't even in shock. All of the seeds I planted last weekend are up. Feeling like a gardening failure from last year, I planted every seed in the packages. Like every zucchini and yellow squash seed. Today I noticed they all came up. As did all of the cucumbers and okra. All of the pumpkins are up. About August, I bet I am singing a different tune, but right now, I feel like it is Christmas every time I walk around rubbing my hands like a miser. 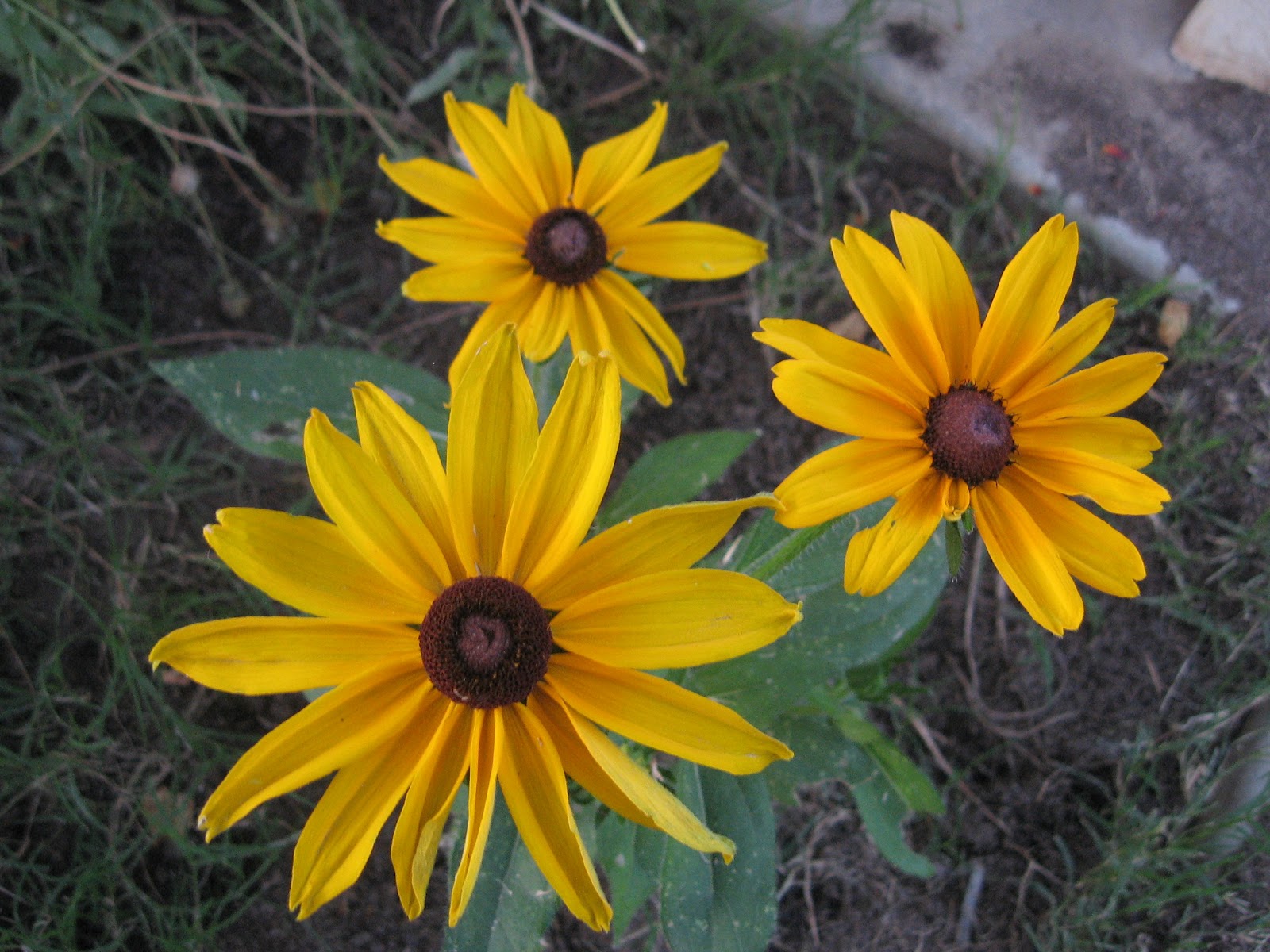 Do you remember how Ron made a little table to put in our bathtub? We put our trays and seeds and heat mats in the bathroom? Well, we learned something. It is just better to put them in the ground and not fool with that here. I babied those seeds, but we moved them outside in April on the porch and they have done better. We had gourd seeds that never came up. Ron took the little leftover cells that nothing came up in and planted them, they are all coming up out in the garden. 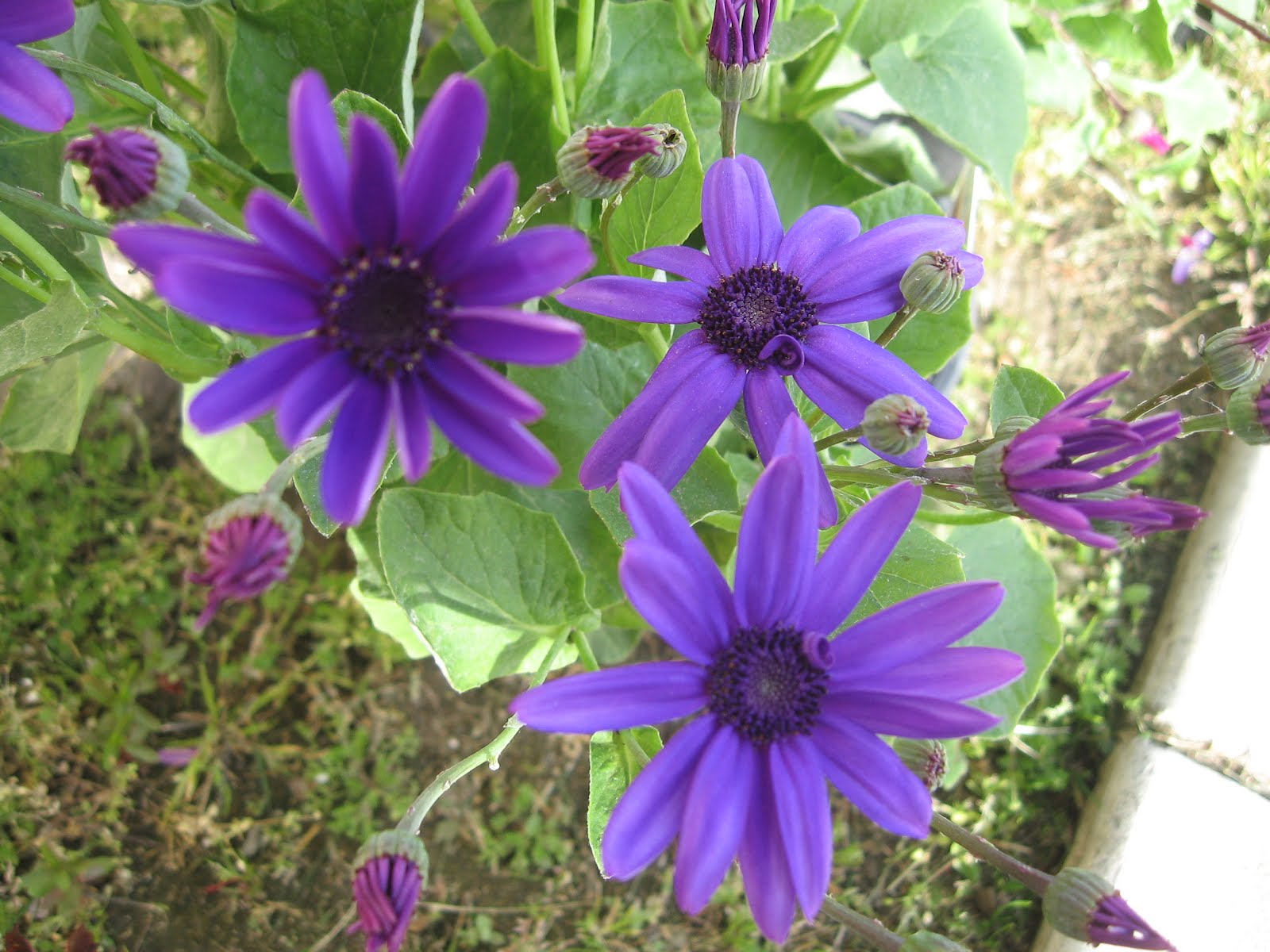 I bought a packet Ghost Chili Pepper seeds. I paid almost five dollars for ten seeds. We kept them in the dark, we kept them moist like it said, Ron bought special potting mix for them. Nothing came up. Ron even said at one point, "that couldn't I see how they were growing beautifully? I said, " no maybe my eyes were really bad", so I leaned down to take a closer look, and he said, " why do you think they are called Ghost Chili Peppers?" We laughed.

Yesterday, we were talking about what we were going to plant and we had taken the seed tray that had the Ghost Chili Pepper outside and had set them on the porch. I watered them when I thought about it but not every day. We both jumped up staring intently laughing because four of the ten seeds are now up. Now who in the world will need 10 Ghost Chili Peppers who knows, it is just the fun of the thing. They are the hottest chili pepper there is. We have a Black Dragon Pepper that we grow, and they make you cry when you eat them or hold your tongue under the hose for 10 minutes. The Black Dragon though makes wonderful Kung Pao Chicken if you like it spicy. I also take one of those and put it in my dill pickles. It makes a lovely spicy dill pickle. Just one though. 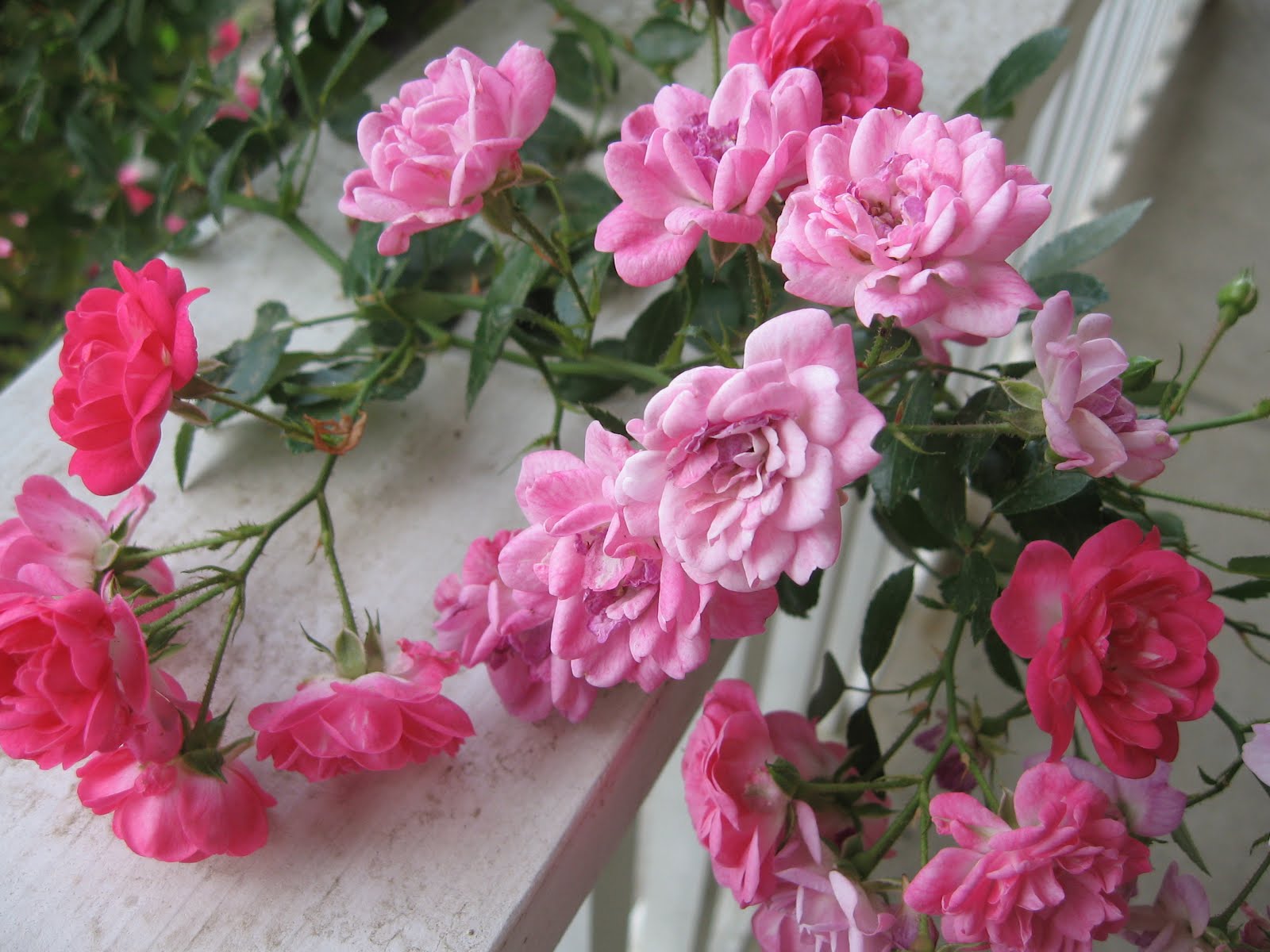 I will take some pictures of the garden tomorrow morning. It is too bright out there right now.

I hope you have a wonderful day. 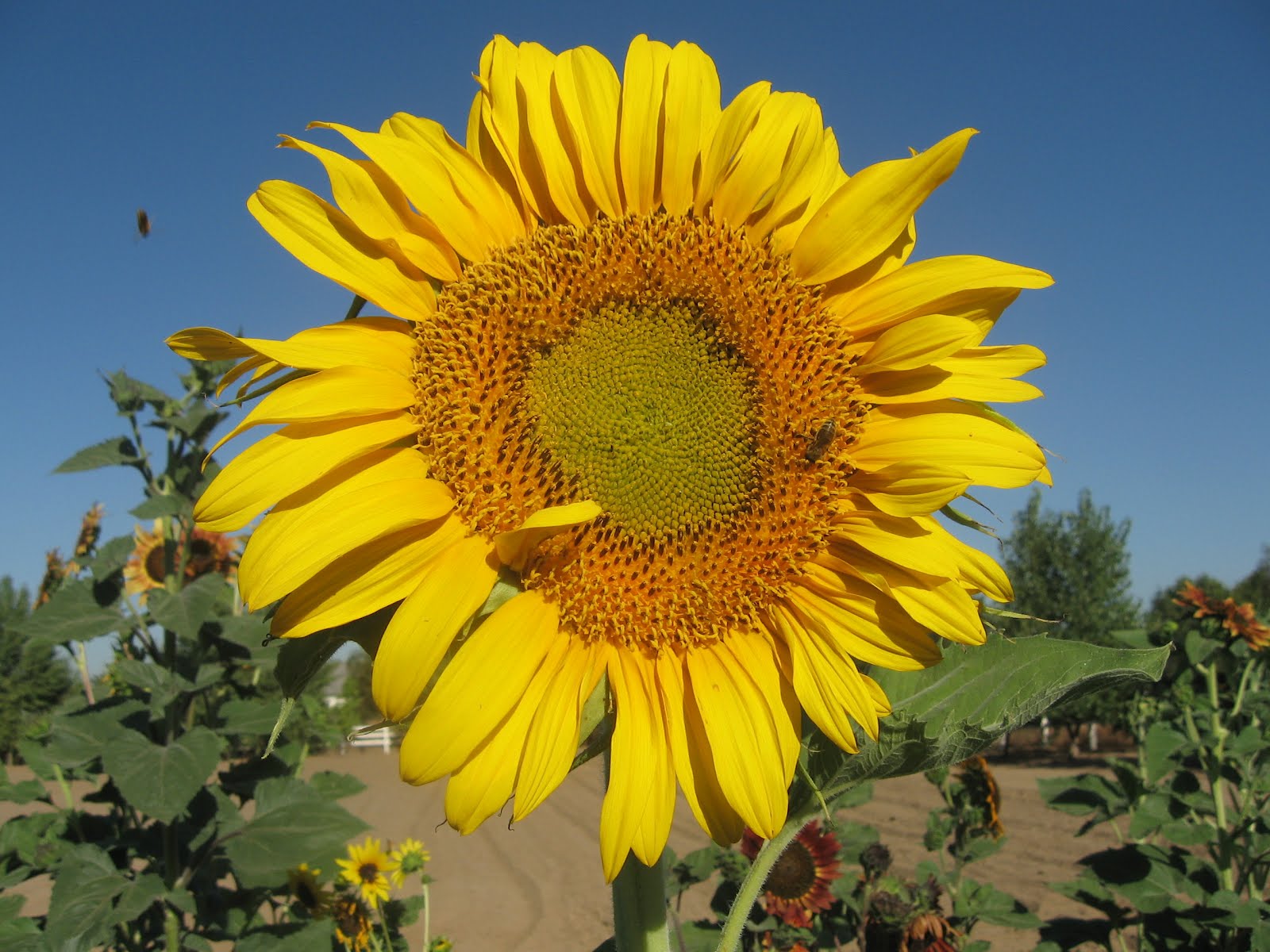 "All doors are hard to unlock until you have the key"

you made me laugh with the ghost peppers. and glad you're having such good success - after you basically ignored them on the porch!

You're such a fun person. Funny, too! Your garden sounds wonderful.

It's always fun reading your posts. Love the Ghost Chili Pepper story. I think you are going to have a very busy harvest season!

Haha, ghost chilis! I'm glad everything is coming up. I guess you only start them indoors when you live somewhere where it frosts in May? I threw some more basil into my pot and it's coming up fine. The trick is to move my pot where my plants won't get cooked! It's soooo hot out there.

Glad your garden is doing so well. Hubby's little plot is looking good, too. His tomato plants are tall enough that he has caged them, so he is happy. Those fire alarms can be a nuisance sometimes...sounds like you had a miserable night, but as you say...it's good to know they work! :-)

Glad to hear how well your garden is doing. We had some lettuce and green beans that had just sprouted before we left. It'll be interesting to see how they look when we get back. Our neighbor reported that our zucchini still doesn't look like it's going to make it. I guess we'll try replacing them when we get back if they're still not looking great.

Thanks for sharing your garden story. Oh my son in law cooks with ghost peppers. I can't wait to hear how your garden grows this year. Enjoy, enjoy! Hugs!

Oh!!! Belated Happy Birthday, I see I missed it...ugh! This working thing is making me fall too far behind. It came up on my calendar on my computer, when downloading something new for business.

I love your dream garden. I can picture you digging in there.
I thought that the Ghost Chilli Peppers were a gag... but I guess they are real. I had a chuckle when I read what Ron said.

The only reason I start some seeds indoors that we have such a short growing seasons and buying plants are so expensive. The plant nurseries starts theirs so early for market and I find that they are root bound when we buy them and they don't do as well as the one I start myself.
Have a great weekend.
Hugs,
JB

Sounds like you are going to have an abundant garden come August!! I love reading about your gardening adventures. It is not something I have ever done, so I have to live it through you and Sue! lol Enjoy the rest of your week-end!

It's so interesting watching the seed start to show. I haven't done that in a long time, but your post has me thinking "maybe". Loved the ghost chili pepper story. Actually, I laughed! :)

Aw, I should be out planting seeds right now, but we walked and walked downtown to cheer for Jenny as she ran the Colfax Marathon, so I'm tired.
Maybe later, right?
All your garden dreams are lovely! You'll make it happen!

Love the photo of your dream garden, it is mine too. But here in SE Arizona I must be happy with my two garden boxes and a few planted pots. Oh well I 'probly couldn't keep up with a larger garden anyway.
I enjoy your blog even tho I don't comment often. Looking forward to your posting more photos.

Ghost chili peppers.....what a funny name for chili peppers. Must be you turn white as a ghost when you eat them they are so hot......geez, no thanks I will pass on those. lol!! Sounds like you are going to have a very abundant garden....sounds great!!!

The ghost pepper story is hilarious. I look around my yard today and I was going to pull some weeds. And then I remembered I don't garden :)

Your garden enthusiasm is inspiring!

In fact, after reading this post I had to go outside and take a picture of my sweet peas :-)

You must really like your food "hot"! I use mild peppers, and I think they're hot...I'd never make it if I planted these!! Happy gardening! I just love this time of year when everything's coming up, but like you said, in the summer I wonder why I planted everything that I did!

I was finally able to garden today! It felt so good. I feel so much better. It looks like you got a lot done.

Love your photos and your thoughts about gardening, i feel the same, it is so hard for me to inside this time of year, I am only only the computer this morning as it is to chilly for me to go to the garden, our weather is so crazy, we had 6 inches of rain last Thursday that flooded our garden, we are still assessing the damage.
I think of you so often and have been praying for you.
Happy gardening, dear friend.
Sue