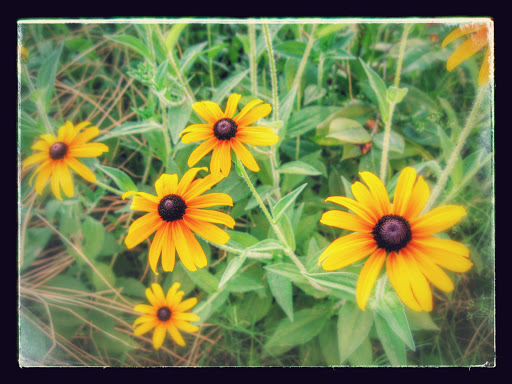 Can you believe its August? In someways, it seems the days have flown by and yet dragged. Its like being in a time warp. Or a black hole, I can't decide which. Trying to focus on the good things is getting easier and then life throws a curve ball. As always, as soon as I can laugh about it, I will tell you so I can forget it. 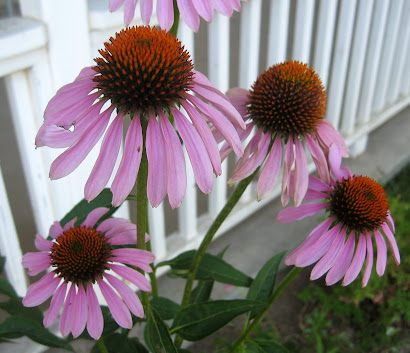 Since we moved, I decided it was time to get my drivers licence renewed.  Our DMV was closed in March and I needed a new picture. So I couldn't just mail it in.  It didn't open until July, so I was only a tiny bit late. Which worked out so I could get my new address my new drivers license. Of course, they aren't taking appointments so its first come, first serve. I left the house at 7:30 in the morning. Since we have moved we live further away and there is so much road work, that it took about 45 minutes to get there. 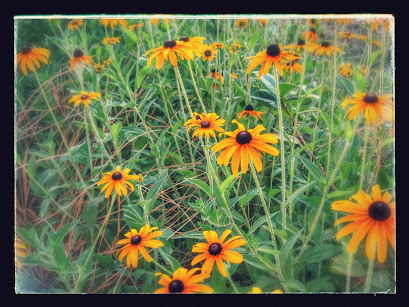 As I  pulled into the parking lot, I couldn't believe what I was seeing. It was so early and I thought I had given myself enough time to get my drivers license renewed.
My heart fell into my shoes, when I saw that the line went all the way around the building. I parked my car, grabbed all of the papers and my backpack and began the trek around the whole building. I finally found the back of the line and prepared to wait. It was going to be over a 100 and already it was hot. I had left my water in the car not expecting to be here that long.
I decided that I needed to  be nice because not a single person there wanted to be there either and who wanted to wait in line with an old grouchgut. 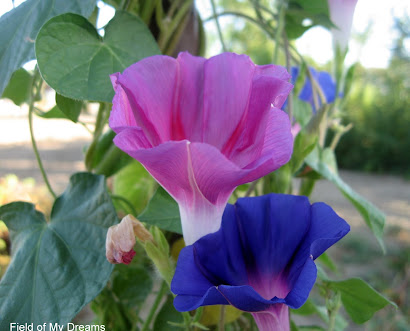 A man came up and was waiting behind me and we began chatting. Another lady walked up and we just stood and talked and it was as pleasant as waiting in line can be. The man told me about how bad it is in the town he is from in Mexico. How they have Marshall law and you have to be in your house by 7:00 P.M. with police patrolling the street. We talked about lots of things, for five hours.
When we finally made it to the corner of the building the employees come out with a I Pad and take your information and give you a number and you can then go back to your car to wait until they send you a text that your number has been called. 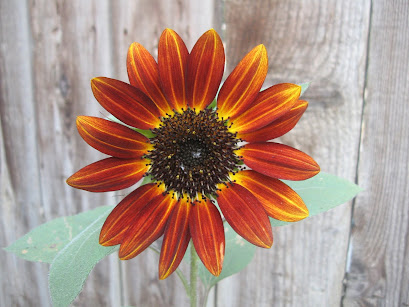 I went out to get some water and call Ron to tell him that I would be there a bit longer. The man I had been talking to had followed me to my car and knocked on the window. It scared me so bad I dropped my phone, my purse and thankfully not my water. I opened the door, and asked him what he needed.
He said, "Could I have your phone number?" I went blank. Just blank. I said, " You want my phone number?" He said, yes, he would like to talk again." I just said, " No" He looked blank at me and said, " You aren't going to give me your phone number?" I said," No, I am not." About that time my phone on the floor of the car started vibrating and I picked up my phone and told him that my number was being called. I started to walk away, when he came up to me and handed me his card, so I could call him. 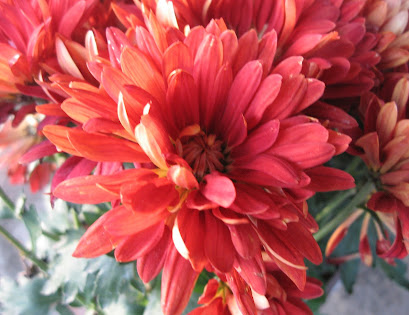 I walked back up to the place to wait in another line, for people who had numbers. I was pondering what kind of signal I had given off and why the Hell I just can't be nice to people, without them thinking we were best friends. By the time they called my number and I got to the window, my hands were shaking. The woman behind the counter asked me why I was so upset. I had been waiting in line in 100 degree weather, sweat had been running down my back for hours and a man followed me to my car for my phone number. I told the lady only about the man. I said, " I am 62 years old, I have been married for 40 years, I have six kids and soon to be 12 grandkids, and some guy wants my phone number." To tell you how laughable this is, the ladies behind the counter laughed and laughed. Like I was telling them a good joke. 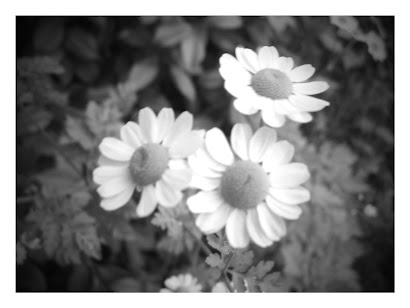 I went back to my car, I decided to stop by Michael's to grab some thread for a project I am working on and there was another long line. I just figured it was not my day and I stood in that line. I didn't be friendly or talk to anyone at all. I kept my face down and just stood there like a grouchgut. 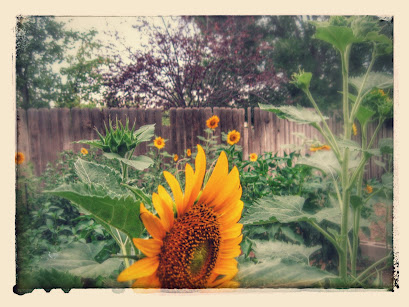 Now its August and I do have so many other things to blog about. Now that I have told you that story. I can forget it and move on. We have a new grandbaby due this month. Our dear sweet Belle is coming home from the Philippines. She has been in the worst kind of lock down since March. Also Marshall law. They were not even allowed to leave the house without a pass. It should be a wonderful month. I feel really happy to be here.
I do hope your August is a very nice one too. Thank you so much for stopping by and reading the scribbles of my life.
~Kim~ 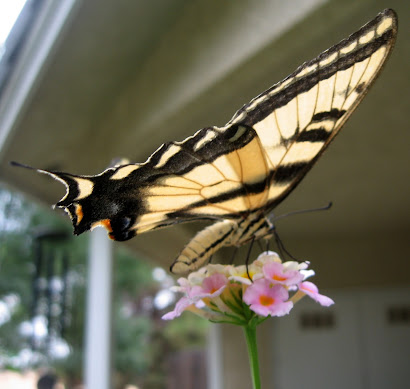 "We are called to be exceptional in the ordinary things, faithful in the little things, trustworthy when nobody's looking." Elisabeth Elliot
Posted by Farm Girl at 9:14 AM

What an ordeal, Kim! Our licenses are due to be renewed; extended until October; could do it online, but no picture, I guess. I’ve heard that the line is comparable to what you are reporting. We’re under orders from the “children” to stay home; in other words, don’t get out of the car anywhere except in our garage.:-) Stay safe!

My that was a very long wait in line. I hope my license doesn't expire any time soon as we have to drive an hour away now and make an appointment. - It was nice you had an interesting conversation with the man but he did have a bit of nerve asking you for your phone number. After reading your post I'm thankful that so far we haven't experienced, Marshall Law here in the US. Scary times for sure.

Wow! That is one strange, scary story! It was a very good idea to relate it
on your blog and help get it out of your mind.
It has been great to hear about your moving adventures. May I ask what state you are living in? Downsizing is a very freeing activity....I am trying to rid myself of a lot of unnecessary stuff also. It is a good activity to decide what is really important in our lives.
I feel that an abiding faith in God is uppermost in your life, as it is in mine. God bless.

Oh Kim....I know I shouldn't (because, at the time, I am sure it wasn't funny), but I am laughing....Your description was so vividly drawn that I could actually see this happening LOL... It is a sad state of affairs, though, but all too true, that we are all a bit more skeptical and leery of our fellow humans. And, I think, a great deal lonelier...perhaps you were the only one who showed him any kindness in a long while....But, uhmmm, yeah...following you to your car is a bit spooky. And another note to self to get my license changed. Gah! Glad to hear Belle is returning to the fold...and you will be able to welcome another grand. You really are blessed. I somewhat fear we are heading toward marshal law here as well. Our governor just issued a mandatory mask order, the school district has decided it will not be reopening schools at all this year, and things are beginning to close up...for good...here. Small business owners just can't make it. A nightmare we just can't wake up from it seems. Well, at least your lovely flowers were in sweet juxtaposition to your tale of the bizarre. Keep on looking for the slivers of good.... ~Robin~

Yes, I would find that experience unnerving and only later funny. I suppose you wear a wedding ring? That should have sent a signal. I'm so glad you had the stamina to wait and get that renewal!

I agree about the "black hole"/"time warp"! Life is flying by but COVID is just dragging on...and on...and on.
Sorry but your story just cracked me up!!! I would have gone crazy waiting in line that long. I need to get to the DMV to get that new driver's license that will soon be required to fly. I just dread it.
It just proves that after all your kids and grandkids, you are still one hot momma :)

Oh my goodness, that is crazy. Does the guy not realize the social implications of asking for a phone number? Ugh. You know he'd bug you all the time, too. Also, the DMV is insane. Absolutely insane.

Changes in the wind said...

Just stopped in and must say I loved this post! I can so relate:)

Love it so much

You didn't tell me about phone number man. Yikes!
Yes, the baby is coming very soon and they are almost ready, right? I watched a while ago and they have moved fast and it looks so nice!
Yay for Belle!