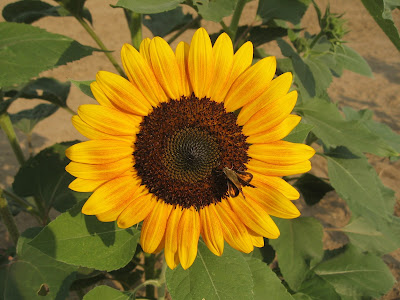 I am back!! Jury Duty was on my list of things to do for July. I got off so now I am free the rest of the summer. I know it is a Civic duty and a privilege. I might not feel so jaded if I felt that as jurors we had more rights than the prisoners. I did learn something new though, we have so many courtrooms now. My goodness! I went to a place I have never gone before and it had three floors of nothing but courtrooms. I guess you could say that crime is now big business. I have a story. I should leave the house more often.

To say that I have spent more time worrying than just about anything this last month since I got my last summons would be an understatement. I have worked myself silly, because you know, what if I didn't come back and someone saw my junk drawer and it wasn't cleaned. You know weird stuff like that. I worked all day on Monday making spaghetti sauce. Which is about 8 hours not to mention the regular stuff. Like cleaning and laundry. Just so I wouldn't think.

I had to report to Jury Services and I went out to get in my car and my battery was dead as a door-nail! I was so shocked, scared and befuddled. I just couldn't believe it, not in all of my born days. I ran back in the house and ran up the stairs and poor Elliot was just out of the shower with his hair standing on end,  when I yelled, " Hey do you have to go to work today? He patiently replied, " No, Mom, Why?" I said " My battery is dead in my car and I have to go to Jury Duty, can I borrow yours? He said, " Oh of course, and calmly walked back in his room to get his car keys. He has a new car that I have never drove before. Elliot is always calm, cool and collected. He never gets ruffled by anything. So opposite from me. I was in full blown panic!! 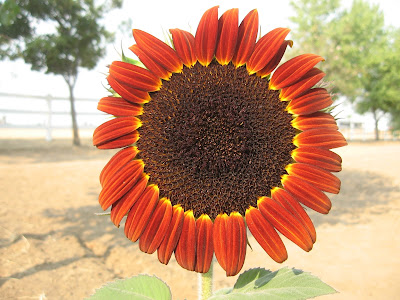 I listened while I am transferring my stuff from my car to his car, all the while praying I will remember everything thing he is telling me.  I got in his fun car and took off. His car is new and my car is getting up in years, so it was a blast to drive. I made it safely to juror parking, which is miles away from juror services. Its on the other side of train tracks. I parked and realized there was a train. I should have moved the car to another parking lot further away but I didn't. I walked to the other parking lot. I had almost 10,000 steps by the time I went home last night.

In 100 degree heat. Downtown. In the summer!! Since there was a train. I had to climb three flights of stairs to a crossing over the train. Then walk just as fast as I could to juror service to get checked in. It was packed with people. In fact, I don't know when I have ever been there and it was so packed. I checked in and walked around until I found a seat. 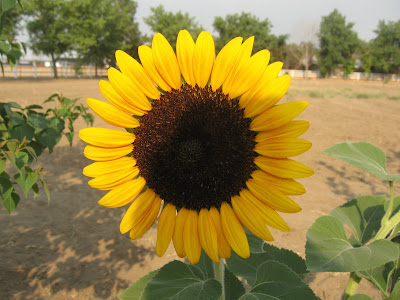 I carry a knife in my purse. I always have. I had taken the knife out of my purse before I left home. I made sure I didn't have anything on the list that you can't take with you when you go through the metal detector. I was looking for my glasses, when I noticed Elliot's car keys in my purse. On his key chain he had, pepper spray, You really can't have that at court. He also had a little knife, and fingernail file and a beer opener and cork screw. Really??? I went to the lockers that they have there, but they were kind of sketchy. So I decided I needed to go back to the car and put all of that in the car. In 100 degree heat! Miles away. 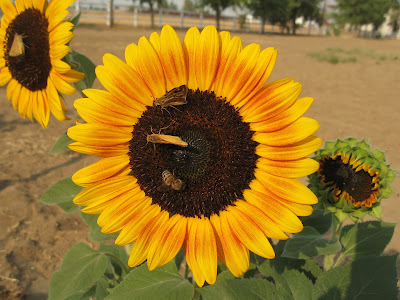 The check in guy said I had about 15 minutes. So I took off again. Yes, there was a train. So it meant
walking all the way back and going up the other side of that three story crossing over the train. Back three parking lots to Elliot's car. I took the key off the key chain and began my walk back, in 100 degree heat.

By the time I got back to jury services I was a sweating mess. Then of course, I had to sit by this guy who talked and talked. When they finally called my name for a court room I was happy. I saw pictures of his kids, and grand kids and his Harley. I heard about why he had to go to jail. He told me about his crazy wives. He is on number three by the way. I just shook my head at appropriate times. Heck, he even showed me his tattoo.  He was in the 101st Airborne in Desert Storm.
Ron said jokingly when I told him, " Maybe he was like Ian Malcolm in Jurassic Park ,  " He is always on the lookout for a future ex-Mrs. Malcolm." Only his case, wife number 4. Gross!! 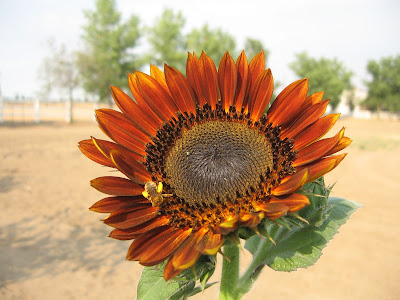 I am home now, and my schedule is my own. Which is nice. I think being on jury duty gives me perspective. How cushy my life is and how wonderful I have it. Even getting up at 4:30 isn't bad. Its nice to get up and have my day started. So its a good thing all in all.

If you are still reading along, thank you. I know this is very wordy. I do love summer. In spite of the heat.

Have a lovely day,
~Kim~

Oh my goodness Kim, what a time to get to the courthouse for your jury duty. It almost read like a nightmare, lol.

I'm glad that you're home again and free to just be.

You got a lot of nice veggies on your counter. My tomatoes are still small and green but I have a green banana pepper that i could pick but I'm letting it get red.

I've been missing you on my last two post. I may not be in your feed.

Although we've had rain so very often, it only rains enough lately to wet the cut hay or to raise the humidity to bother with baling. Yesterday, I spent the whole evening watering the vegetable garden. The soil was bone dry.

Oh my goodness! All that walking and sweating! I'm glad they let you go home!
Mmmmmm. I'd love to taste that spaghetti sauce!

What a beautiful bounty of tomatoes and cukes and peppers. The flowers are glorious too!

What a complicated trip to the jury duty! I think I would have walked in with all that stuff on my key chain and been dismissed immediately! What a heat wave and all that walking too. I'm exhausted just reading it.

Well, I'm glad that you don't have to report to the courthouse for jury duty now, especially considering what an adventure it was. I'm glad you are safe and sound, though you might have just disappointed that guy, as it sounds like he enjoyed having someone to listen to his stories... **giggle**.

Love that you are getting canning done!
How fun was it to drive Elliots new car?? I'll bet it was a blast!!!

Have a great rest of your week.
~K.

Oh man, what a story! I hope you're not terribly sick today.

i don't "do" jury duty because of my MS and memory issues!!

your tomatoes, WoW!!! i am so jealous, we are still waiting!! it's going to be 100, again today but it is suppose to cool off tomorrow. i hope so, so i can at least go out and water my plants!!!

Hi Kim, sounds like you really appreciate that it's all over till next time. My turn is next month. I'm hoping it goes the same as last time, one day sitting around with all the other prospective jurors and not being called and that's the end of it. I remember the old days when I had drive 20 miles (and it took at least an hour) to downtown Los Angeles and sit there for 8 days straight if not called into a courtroom. I read a lot of novels those two times. Thankfully, it's decades later and I live in a different place and it's only 3 miles to the courthouse.

Wow have been busy. Sorry about the jury duty. I have had such bad experiences with jury duty and courts I must stay I've completely lost faith in justice is blind.

Hi Kim, You did have quite and experience, sometimes I think these things happen for us to do as you did, to count our blessings,! trust me I have had more days like yours than what I like to remember, so dear Friend I can certainly relate ! I made tomato sauce this week and canned it, you are so right it takes a long time, but it is so worth the effort! We are like you having very high temps. so much so I can only stay outside for just a few hours in the morning! Which I really am not happy about, as I love being outside in my gardens! Well at least being inside gives me some time to blog, and catch up!
Hope all is well with you, thanks for sharing, and so glad you didn't have jury duty, I absolutely do not like this! Have a blessed weekend!,
Hugs,
Sue

It seems you got off jury duty but not without a complete workout. They would have had to call 911 for me or just given the guys at the door my purse and told them I'd pick it up later and if they found any money in there praise the Lord because that was a miracle. LOL I'm trying to enjoy summer but this humidity is ridiculous. Our AC went out last week but only for one night and part of the next morning. I was just about to get mad. :)

Wow that was quite something about the Jury Duty and your trek back to deposit the items you couldn't take inside. I felt for you especially in heat like that. - By the way my younger brother was in the 101 Airborne in Desert Storm. I don't think he was the guy you talk to though.

Just scrolled down and was wondering how that little kitty is doing? - Also your Sunflowers are stunning.

Good gracious! I would have been a mess by the time you actually got to sit down for the jury selection. I'm glad you got to go home. I do not have any faith in the justice system anymore. I served on a murder trial and the outcome was what made me lose that faith.
Have a blessed week!