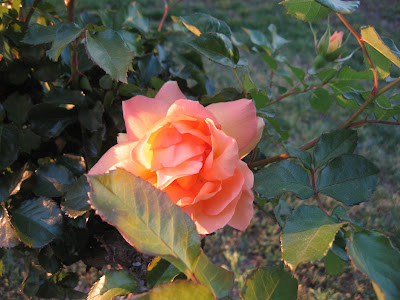 It was a very busy week! Having everyone home was a very busy time. I don't think I even thought about the computer for a week. Ron took some time off so it was nice he got to enjoy the kids and the kids enjoyed him. One day he played with them out in the yard that they were in space ships. A couple of them decided they need to be in a cryogenic sleep until they passed Jupiter.

One of the pilots was running the ship from Grandpa's computer. 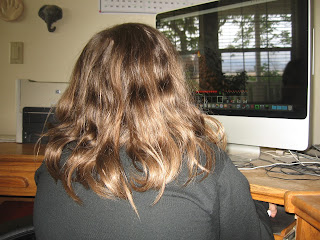 Megan took a video vlog of the birthday party if you want to watch it here at the Hollar Homestead.

Ron built a new little chicken tractor coop for my little hens. I can move this all over the yard until they are big enough to be in the big coop. 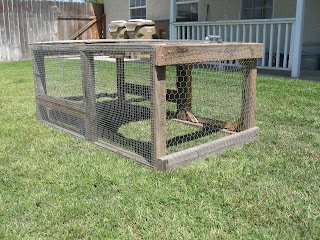 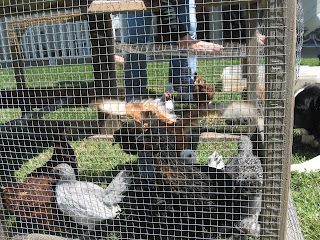 Today is our 37th wedding anniversary. We were going to go out tonight then decided we liked being home more. We have a trip planned at the end of the month when the chicks can be left outside all night. We decided we would take  Friday and work on the garden. Which to both of us sounds like the perfect way to spend an anniversary. 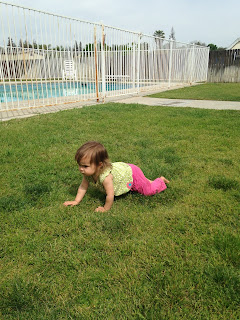 I had every intention to taking more pictures. I get so busy I never do take as many as I planned. I am glad Megan was glad to get the birthday party at least.

I hope that your week is a nice one. Kessie had a tiny bit of time to draw out some new rug patterns. I hope to get to those at some point and get them ready to hook. Her drawings always make me happy.

I have missed you all.

family first - always, you are so good with that!!

your peeking co-pilot look just like a mini you. happy anniversary - to you and your hubs!!!

I watched the video! What a fun ruckus you had! It's so busy and joyful and WONDERFUL!
Happy anniversary, dear ones!
Our 39th is this year in June. I had to check the math because it doesn't seem possible!

Reminds me of so much fun in our own backyard! You are so blessed.

What is the name of the rose above?! I wish I knew the types of my own roses.

HAPPY ANNIVERSARY Kim and Ron and Happy BELATED BIRTHDAY to the little one... I think staying home is really a good idea because it's where you are the happiest, especially when you are together.
I watched the video and really like it. It looked like so much fun. Magen is quite a pro at making videos.

The kids have great imagination with their space ship adventures and your yard looks so neat and tidy and the flowers are beautiful.

I love your new portable chicken coop, that way you can have them eating bugs and grass all day and not have to worry about the hawk. They have grown a lot.

Take care and have a Blessed Easter.
Hugs, Julia

Happy Anniversary!
You have beautiful children!
Love your coop!
Blessings!

I can tell y'all had such a great time! I watched the video. Your grands are so cute and so sweet. I'm glad you enjoyed having everyone there but I'm also glad you're back in blogland. I've missed you! Thank you for sharing your sweet family with us. And Happy Anniversary!

What a fun week! Your post certainly made me smile. Thanks for sharing.

What rich family life - glory to God! I watched the fun video, too, and noticed the gallon of milk coming out a few times to water all the troops! Happy Anniversary!

What a busy and fun week you have had ! Fun video !
Loved those little chicks attempting to come into the house ;)
Happy Anniversary to you.
Rose

Hi Kim, I so enjoyed seeing the photos of the children playing with their grandpa, these memories will last them a lifetime, I know, from my own childhood memories!
Happy belated anniversary to you and Ron, wishing you much continued happiness!
You little chicks look great, I now have 15 laying hens and boy are they laying! I also have one tom turkey and two hens which have played 14 eggs in a tub, to which we are hoping they will set, but from past experiences we have found turkeys are not good at hatching eggs!
Wishing you and your dear family a most blessed and Happy Easter!
Hugs,
Sue

Congratulations on your wedding anniversary! and what a blessing to have all those grandkids around you.

The chicken tractor is awesome.