The Worst Weekend Ever! 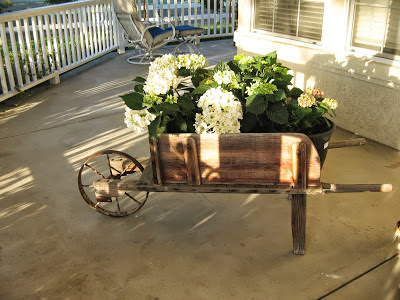 What started out to be a nice weekend turned into the worst, I think I have ever had in my life.
We have that orange bug that Ron has wanted to restore for quite awhile. Peter wanted to help and thought it sound like a nice summer project. Ron got it in the garage and began to take it apart. It has been sitting for quite awhile and Ron started to get it ready to work on. He was wearing gloves. Something bit him on the hand and it must have injected the poison straight into the blood stream.

I was working on a rug, when he came in from the garage. He was white as a sheet, and his hand was red and starting to swell. We walked out and looked around and tried to see what it was, but we finally decided it must have been a black widow. 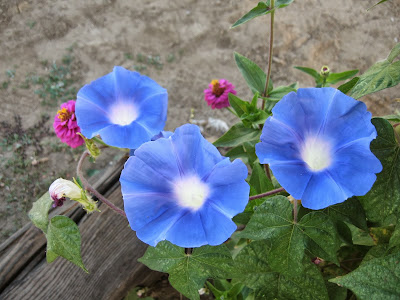 By this time the venom had made it up to his arm pit. I gave him some Benadryl. Thinking that would stop it. Next thing I know he can't breathe and he starts having chest pains. As I write this, it seems so calm. I can assure you it was not. I ran and took a shower through on some clothes and went upstairs to tell the boys.

I grabbed my car keys to take him to a Urgent Care that is pretty close to the house. Now while you would think as many times as I go down this road, I would know just where it is. I didn't. I got lost. I could see it in my mind, and Ron was really having a hard time breathing and stupid me, I can't think. Finally it dawns on me that it is one street over. We get there and walk in and it is just another lady and us. ( I think that was really weird too.) 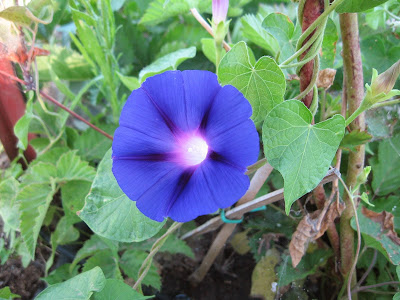 After the paper work, which I think took the longest we make it back to the examining room. I don't know when it changed but all of these cute little Twelve year olds are now doctors. They came in and he was having classic symptoms of a spider bite. They gave him a shot that helped him to breathe. Gave me a prescription and we came home. That seems fast doesn't it? It wasn't. I had to go back and every pharmacy I went to the pharmacist was going to lunch. Except one, who stayed and filled the prescription for me. You know, I was so afraid he would die before I got back. The kids stayed with him but he was in so much pain as his body was seizing and having spasms. 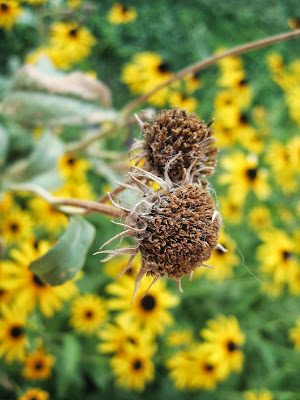 I gave him the first medication, which was a narcotic. He had a reaction to it. Which made everything worse.
Everything intensified. The pain was bad before and this made it worse. They had given me another prescription  but if you take the two together they will stop your breathing. The shot was already wearing off so he was having trouble breathing anyway. I gave him the other medication when two hours were past which caused its own problems. He never slept for 24 hours. I dozed when I could. We are now to Monday. The doctor said, it might take a week to 10 days for him to feel good again. He is sleeping now as I type this in a chair behind me. He has these sweats that are beyond anything I have ever seen. I know it is his body getting rid of toxins but it is a little like shock.  I do not know what I would do without our kids.
I have had such a terrible time trying to think. His hands and feet are so cold. 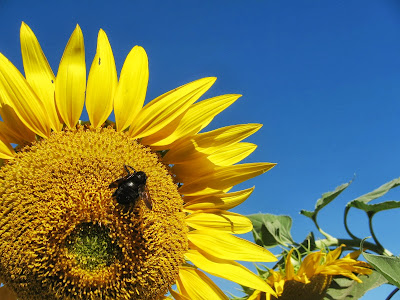 Earlier this week I read an article about the benefits of black widow spiders in your garden. Well, I say bah humbug. This will be war from now on. It is ironic that I was afraid of being a widow. I still am as he still isn't good. So today the agenda is for him to sleep. You never realize the beauty of sleep until it isn't even a possibility.

I needed to share, because if you are a praying person, I would ask for your prayers for sleep. If you are not, I ask for kind thoughts. My devotional said this yesterday, " A prayer offered in faith will restore the one who is sick, and the Lord will raise him up. James 5:13-15

I am so aware, how in an instant, life can change.
~Kim~

OMG, I am horrified. I can't imagine what I would have done. We don't have poisonous spiders yet I am still terrified of them. And now I will be scared to put my hand in a pair of gloves. Sending prayers for Ron and hope he feels much better soon. And prayers for all his caregivers. Good grief, this story gave me shivers

Oh, Kim! This is horrible! I cannot imagine!

Definitely, prayers are being offered here for Ron and the family as well! Hoping for a quick recovery!

How horrible! I'm praying for your hubby right now and will continue to do so.

Oh, definitely praying! What an ordeal. I pray for healing for Ron and rest for everyone.

Oh my~ sending prayers up right now for healing and rest.

oh, i am so sorry! how terrifying for him and all of you! i hope his body can rid those toxins!

Oh, goodness...I pray he has a full recovery.....blessings to all of you.

Prayers for you and your family--what a terrifying experience! Yes, you win the worst weekend ever award

Kim how frightening! I will start praying for your family and a quick return of hubby to wellness. Anytime a hubby gets sick our heart just drops. Hugs cheri

Kim, what a terrible experience all this is. I'll be praying for Ron's full recovery.
This is really a frightening thing. So sorry it happened to Ron. Prayers are on their way.
Hugs, Julia

You and your family have been in my prayers.

I will add him to my prayers..wow.. I have those ugly things all over the place here...I hate them! I can't believe the docs sent him home..if he doesn't get better soon I would head to an ER. I can imagine just how scared you were..when things like this happen around here I turn to a blubbering mess. I am not good with emergencies. I hope he feels better soon.

omgoodness kim, how scary!!! i hope he feels better soon. when he does (i know he will) show him all the bonsai i photographed, he will enjoy them!!

hugs to you my friend, it's so hard to be the caregiver!!!

Hugs and prayers for a speedy recovery.
Lauren

Oh nasty! I hope he rids the toxins and gets rest. I know 2 people who have gotten bit by black widows they say it is really painful. Take care of him and you too.

OH! KIm, I wil be praying immediately for this situation, I am so sorry this happened!
much love,
Sue

Kim
I am praying for Ron right now and sleep for you also.
I never realised how bad a reaction to a black widow bite could be. I can see why you were so frightened!

Praying! For both of you.

May you be comforted by the prayers of the world.
As we find peace in knowing you are not alone.
May your husband heal and return to full health.
Bless you and your family.
Linda C in Seattle

I'm so sorry to hear this. I'm surprised they didn't send him to the hospital! Praying.

I cannot even imagine the fear that overtook you and your family as these events unfolded ! It takes courage to move forward and do what is needed in a crises. It sounds like you did just that, no matter how hard !
Praying now and will continue to pray for Ron this week.
Rose

Oh, Kim, I can't even imagine the fear and panic you must have been feeling (and still do perhaps?). Praying here for sure!

Oh Kim how scary this all is! i've already lifted him in prayer and will continue to do so until I hear that he is doing much better. I never heard before that it could be SOO bad. Glad your kids are there to help you.

I'll be praying for Ron and for you. God is watching even when we sleep, so sleep, rest, trust. Our prayers are covering you.

In the meantime, I do not know if it's too late for this remedy or not, but have you tried charcoal poultices on the bite? It is said to absorb venom and reduce swelling and pain. It can't hurt. Here are some insect bite stories using charcoal poultices.
http://www.charcoalremedies.com/insect_bites

P.S. You can also take the activated charcoal capsules orally to remove toxins internally as well.

ohmygosh, Kim. I missed this. I did read the post from Thursday and I see that Ron is better. What a scarey experience for both of you. Keep us informed, please. xo

Oh no! I have been MIA for so long that I missed this and, I'm sure, a whole bunch of other things. I've read ahead though and know that all turned out ok, thank goodness! What a scare!

OMG Kim, I am sorry and feel son badly for Ron.What a horrible ordeal to go through. I wish I blogged more I would have read this and said prayers for you two. I have read further and know he is doing better but so scary for all of you. I guess there called black widows for a reason.Again what an ordeal.