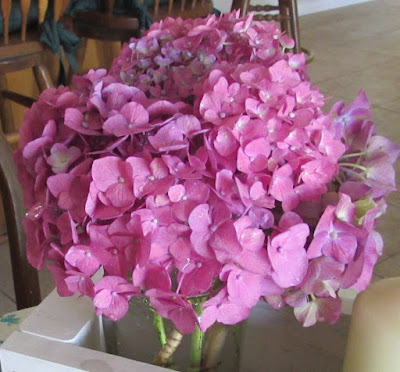 I finally broke down and had Ron get a new computer for me. I was still on Microsoft Vista. That is how old my computer was and nothing was updating anymore. I was hardly getting on my computer or even turning it on because I was so scared of it. I am now on Windows 10 I have this snazzy computer that I am having to learn. I have a new camera that I am having to learn too. I made it though a new phone okay. I thought I would write a blog and see how it goes. You know it really helps me that Elliot and Peter and Ron all are in the Computer industry. They know so much. I am still having to play catch-up because I am not a tech person. AT All! 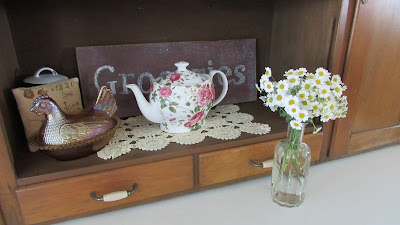 I hope you had a very nice Memorial Day weekend. It was a nice weekend here. Tomorrow is Peter's
23rd birthday. Our youngest son will be 23. How can it be? He was my first and only C-section. What a challenge that was. What a downfall it was too. Super woman became mortal. The kids at that time were newborn- 2-4-6-10-14. Until that point in my life, I was able to leap buildings in a single bound, with a baby strapped to my hip. I am thankful for that period in my life. As I was reminded this morning, it became the most defining point in my character. I had to let my pride go and I had to ask for help. I don't think I was ever the same. The greatest lesson I learned, was God was greater and I could learn to trust Him in every single circumstance. For home schooling that year, lesson plans slipped and we spent hours, me reading out-loud, and everyone else playing with Lego's. So now, as a 23 year old, I am thrilled beyond measure at how he has turned out. He is a very nice guy. 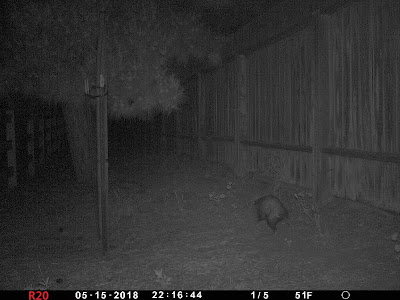 Can you see that guy we caught on the game cam? Its a possum. He is so huge. I still enjoy that game cam. We have caught such fun things on it. 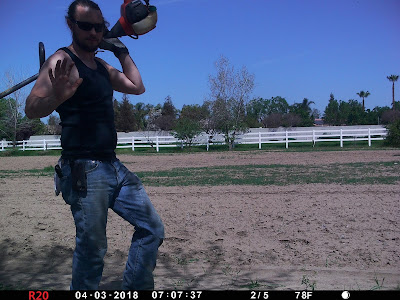 Ben when he was here when he was weed eating the pasture for us. This made us laugh. He worked so hard when he was here. My goodness. He got us so caught up on our outside work not to mention fixing so many things that were broke. 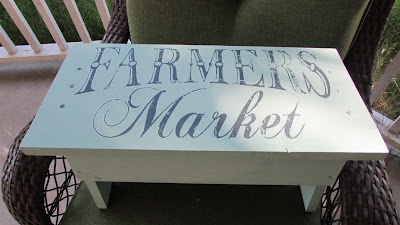 I wanted to show you the bench Ron made me this weekend. I bought some new chairs for the quiet porch, but being short I needed something for my feet to rest on because my feet don't touch the ground. I showed him a picture of what I had in mind, and less than a hour he had this for me. Well, not exactly this, I had to paint it and then Ron did the stencil. Isn't it cute? 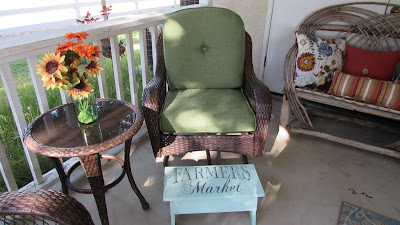 Its such a nice place out there. I keep telling myself I am going to stay out here longer than five minutes very soon. 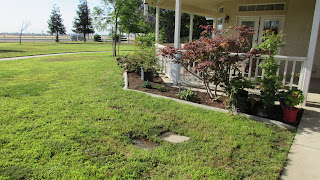 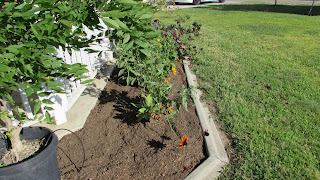 We got all of the flowerbeds mulched again.  Front and back. Its so pretty now. It has freed my mind.
Now it takes me about an hour to keep them clean. Compared to in the past when it takes me three days at least. 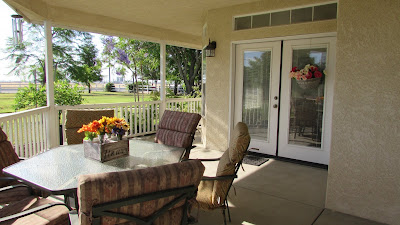 I loved this porch this morning as I was taking pictures. This is where we used to sit until they put the road in. Now its just to noisy, but its still a nice area.

I have been in fixing up the house. I feel like I woke up. Ron said that I have been off of gluten for six months now, and it takes that long to get out of my system. Every morning now I wake up excited about all of the things I am going to get done. So its nice really. We are going to do 30 days of Whole 30 starting June 1st. It was nice to take May off, we never really strayed away from it though. 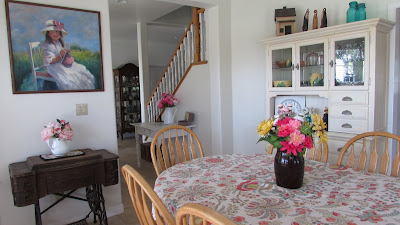 I love this view of my dining room. I would say it is finished. If anything can ever be finished.
Makenzie got this tablecloth for me for Mother's Day. I just love it so much.

One more thing. I finished Mrs. Peter Rabbit. I got her all bound and she is hanging in my office. I just had to show her to you. I think for the first time in 8 years since I started hooking rugs, I made a break through in my hooking. I am still a far cry from where I want to be, but with this rug, I can finally see that I could become a good rug hooker. 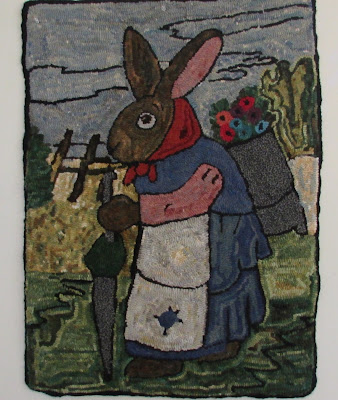 So that is how it looks from my fence post this morning. Thanks for stopping by to read my scribbling. Its taken me almost 3 hours to write this post, but I got it done.
I hope your last week of May and the first week of June will be splendid. 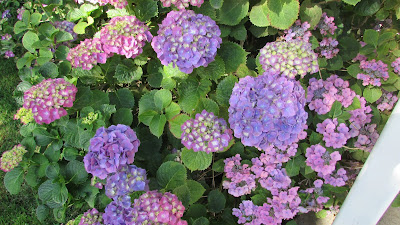 "An older missionary said something to Amy Carmichael when she was a young missionary that stayed with her for life.
She had spoken of something which was not to her liking. His reply was, "See in it a chance to die."
---taken from the devotional A Lamp For My Feet, by Elisabeth Elliot
Posted by Farm Girl at 11:07 AM

Love your porch, and your stool! Ron sure is a handy guy, as are your sons! :) I just switched from Vista to Windows 10 in the last few months, and oh how I wish I had a computer person who lived here! Neither of us are very techy, but we're making do! Your rug turned out beautiful, by the way!

oh kim, i am so happy you finally broke down and got a new computer, in a few days you will be saying "why did i wait so long to do it"?

the porches look so pretty, i don't know how you keep up with them. once i get the furniture all set up and cleaned, by the next day it is all dirty and filled with cob webs. by the time i clean it all up, i am hot and exhausted and i just want to go inside in the air conditioning!!!

ron's foot rest is amazing, he is my wood working hero!!!

I hope you settle into your computer soon! Win10 is a little different, or a lot different, but it's good once you get used to it. I love all the things you've built and arranged. :-)

Your house and porch looks so nice and cosy. You're both getting a lot done. I wish I was getting ahead but the harder I work, the more behind I get. You are so lucky to have such a generous handy man around.

Window 10 is giving my husband a lot of trouble with the dairy farm programs and he gets so frustrated with it.
All I ever worked on are Mac computers and there's still a lot of stuff I don't eve touch.
Hugs, Julia

A new computer should be very freeing!

I love the views of your porches and rooms...

Good luck with the new computer. I love reading your blog and seeing ewha you are doing. Your rugs are so amazing. I love the foot stool.

Your ‘quiet porch’ looks so inviting ! Perfect little foot stool. I love the variety of colors and shading you used in the rabbit rug hooking. Nice to have it hanging where it can be admired.
Rose

Your little stool is too cute!
Good luck with the new computer. Lucky you to have a live in tech guy :)
Sweet, sweet rabbit rug.