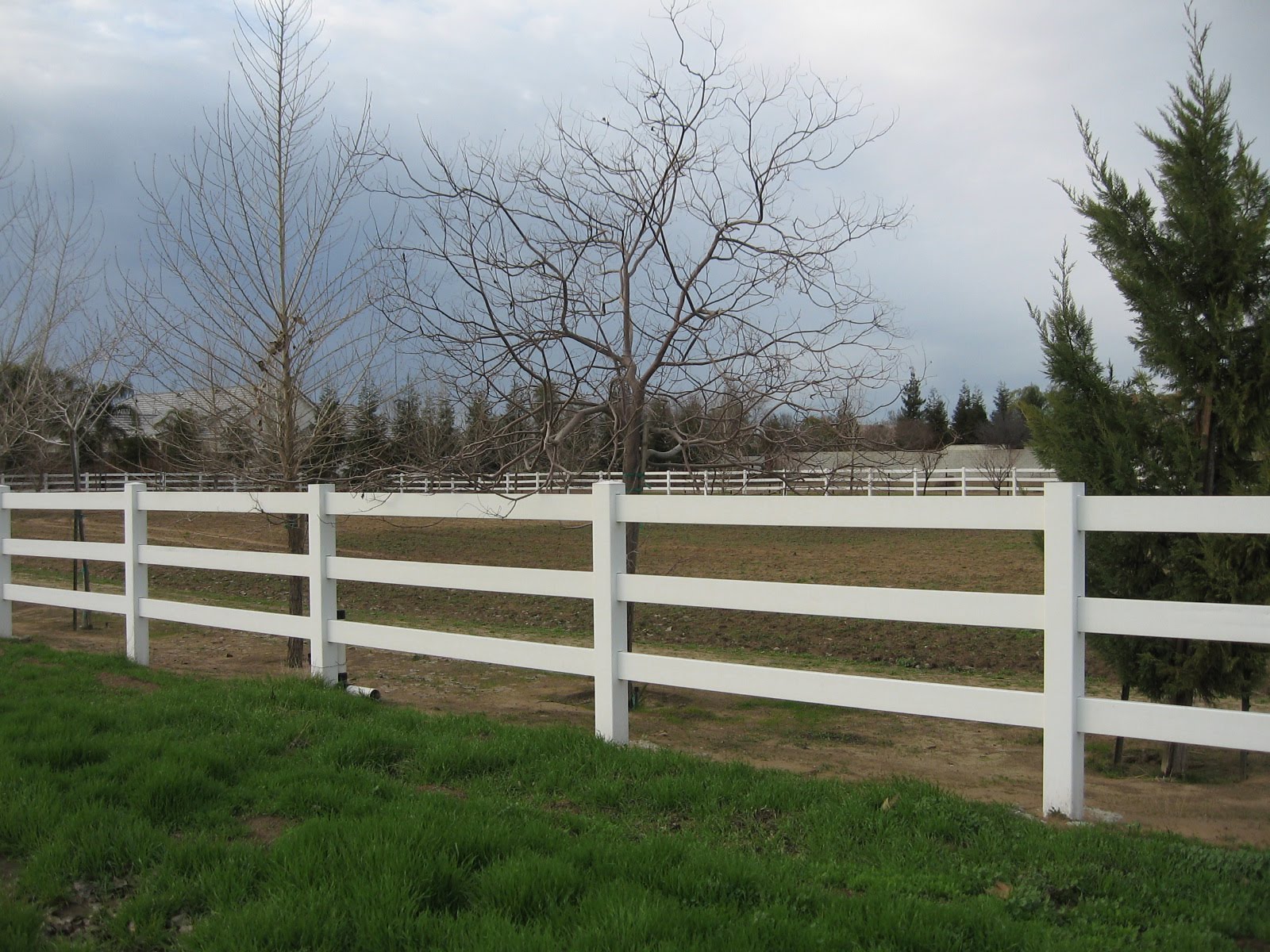 Since I have been so sporadic in my posting, I thought I would drop by of a minute, between stages of 3 to 5 of panic. My list of things to accomplish today until Friday is pretty awe inspiring. Yet, here I am sitting in front of the computer drinking my coffee reading blogs and watching the sun come up. Does it matter if any of those things get done? Nope. All that matters will be done and by Friday, no one will care. 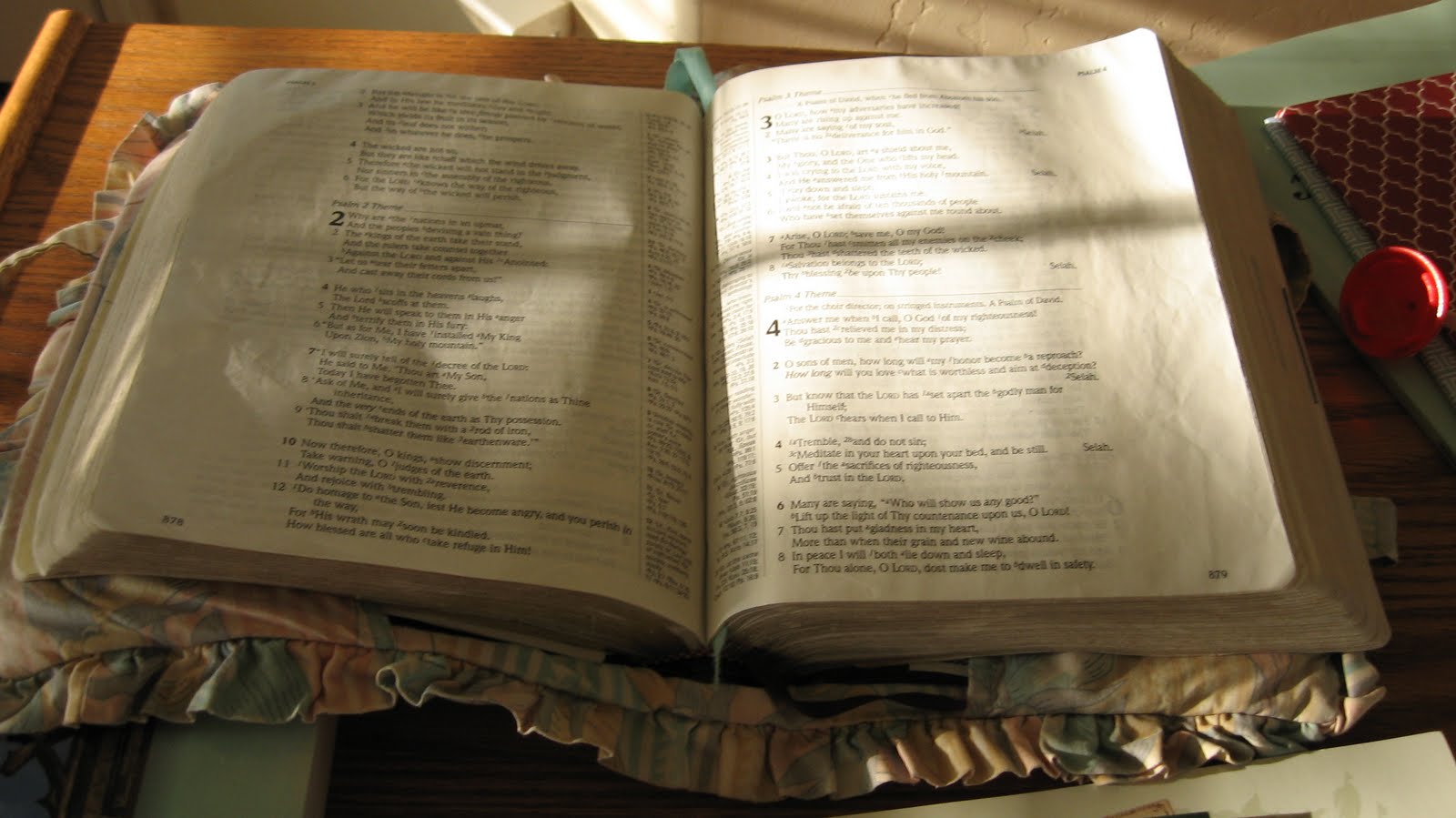 This December I have tried to keep my eyes on what is important. I have tried to spend more time on being quiet and listening instead of rushing. Some day's have been successful others have not. I had a lesson this week in my lack of faith. Ron had to work out of town last week. He has been working lots of overtime. When he walks in the door at night, gray with exhaustion, I start going into overdrive. I become more like a bear guarding her cubs. I start doing what ever I can to make things nicer and easier for him. 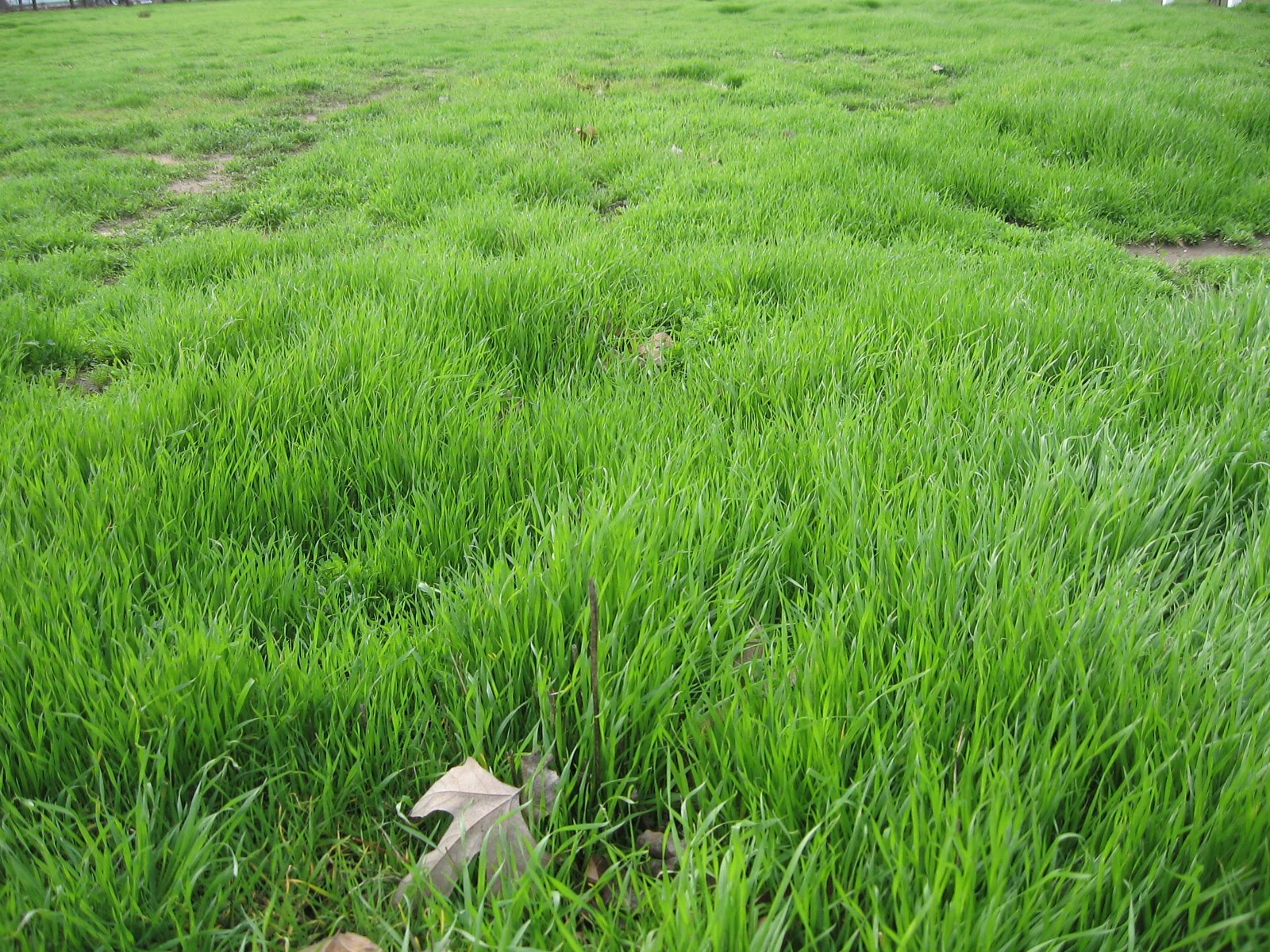 Going out of town, there is nothing I can do to help him. Wednesday, as he left, neither he nor I saw that he left his laptop on the table. I noticed it and called him but he decided that he wouldn't need it, I was ready to jump in the car and meet him at the foot of the Grapevine. He didn't want to be late so he declined.

Traffic was a nightmare getting to the place he needed to be and took him an hour longer than he thought.
He worked all day and then we talked that evening after he got in the hotel. He was going to go get dinner and told me to call him after I got things done a round here.

At 7:00 I called. His phone went straight to voice mail.
I thought, Oh, he maybe turned off his phone for some peace and quiet while he ate.
7:15 I call again, voice mail.
7:30 I sent a text, I waited.
7:45 I send another text, then I noticed that the messages are not being delivered. I sent another one to see what happened. Like something would change. Still nothing.

8:00 I am going through the roof, visions of things that I won't talk about were going through my mind, but all of a sudden I realized I can't find him, I can't reach him and I wish I told you I sat down and prayed. Nope, I went in to see if by chance he had messaged me on Face Book, You know like if he was taken the abductors would let him use the computer. I was not coherent I am telling you.

8:10 I read a blog I have never read in my life. The title of her post was Fear Not.

As I read her post, I knew it was for me. I knew that God was sending me a message. ( The best kind of text message.)  To Fear Not.
Then in the middle of the post, as I was trying to calm down and having no luck, written in this post was, " Fear Not, Fear Not, Fear Not." Three times. I got off the computer went in my room and got on my knees. I prayed, not very good prayers either, short, and to the point, Protect Ron, keep him safe. 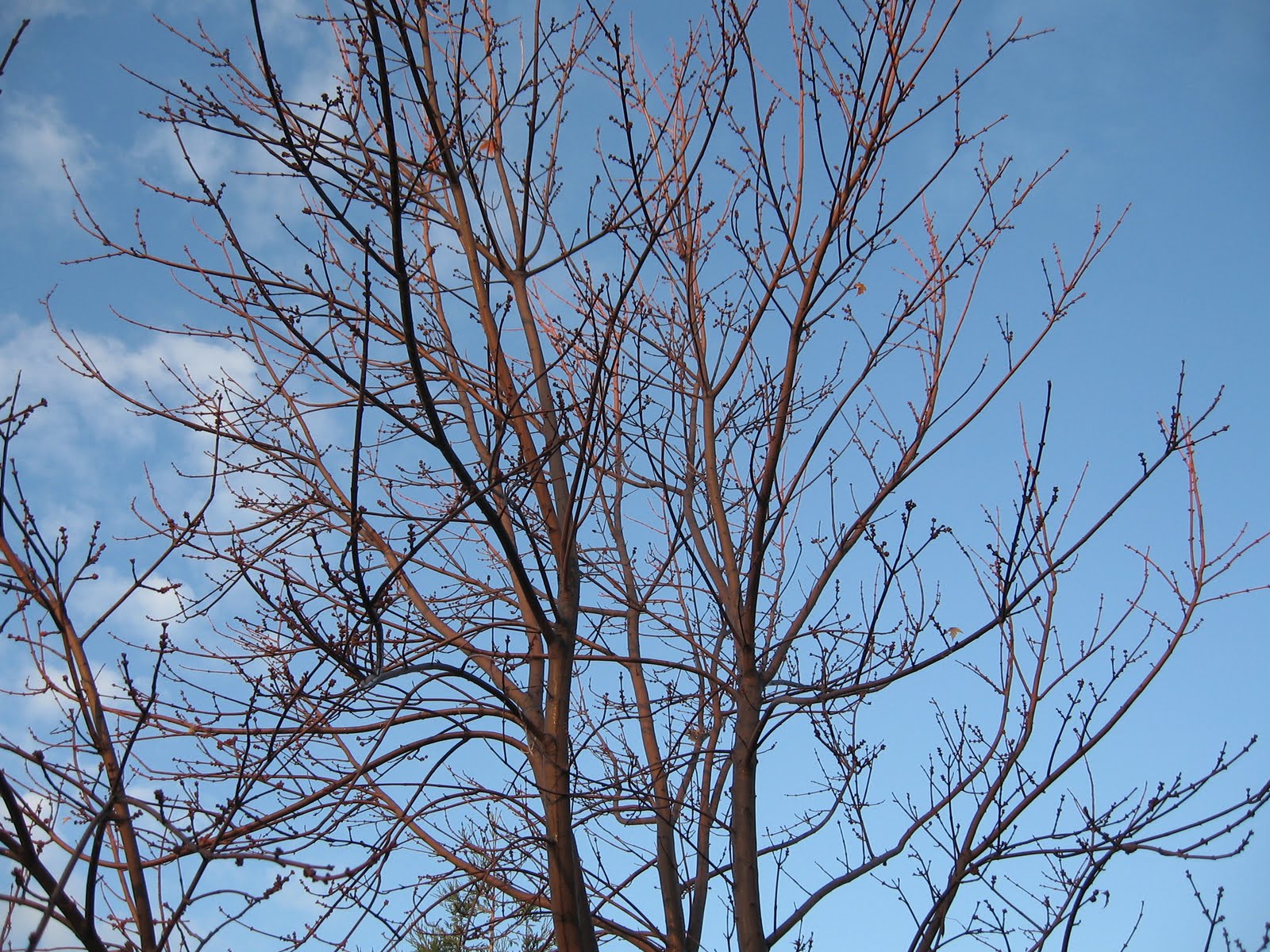 I went outside in the cold because I couldn't breathe, when the phone rang. Ron said how sorry as he was that his phone had went so dead and he was trying to get the phone to charge and wouldn't work until he had a 16% charge on it. I was laughing and crying and trying to calm down.

He finally made it back on Friday night. A 2 hour trip took 4 hours. He was supposed to start vacation today but there was the work that didn't get finished last week because he was gone so he has to do that this week.
So today as I look at my to do lists. For me, well they just aren't that important. Things will get done. No one will starve. The house will get cleaned and the laundry will get finished. All that matters will be done.

I hope you have a lovely Christmas. 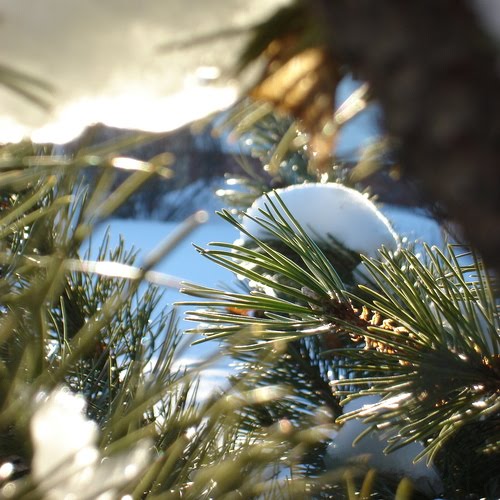 "It's ironic that one of the best remedies for impending burnout is to give yourself away.
To pick one time and place each week where you strech out your hands for the pure joy
of doing it."
Liz Curtis Higgs, Only Angels Can Wing it.
Posted by Farm Girl at 7:45 AM

Oh Kim you had me frightened too I am so glad it worked out. Relax and no it does not matter what gets done enjoy the sun the coffee and those peaceful thoughts, fretting does not change anything. I am off to check out your link. Merry Christmas Hugs B

Oh goodness it's terrible isn't it how quickly our minds can take us to all kinds of scary possibilities. Soo glad all was well. Now your right...relax and enjoy the time. What's important will get done. Wishing you and yours a very Merry Christmas!

Aw! What a fright! I do hope the run up to Christmas is fun and joyful! (BIG HUG)❤️

Goodness, it really puts Christmas into perspective, doesn't it? All the chores and everything. I'm glad Dad was safe. :-)

It's funny how our thoughts go to sad and terrible things in a time of worry. How I wish my thoughts would go to more peaceful things.
So glad your Ron is safe and sound.
Hope you enjoy this magical, blesses and wonderful Christmas week, my friend.

We are so accustomed to being in constant contact that when that is interrupted it brings a panicky feeling. I am certainly glad all your thoughts were not true.

Have a very blessed and peaceful holiday.

I'm glad that everything was OK but you worried in vain. Those cell phones are a blessing but sometimes they run out of juice.

Have a Blessed Christmas,
Hugs,
JB

I thought the story was going to end with "He fell asleep, that's why he didn't answer." ;) Well I glad you are taking it slow and easy. You're right, everything that matters will get done. I hope we get to see you on Wednesday!

Kim, so glad everything turned out well; bless you for making your home a haven.
Merry Christmas to you and yours!

I hate it when things like that happen and my heart begins to take on fear. I'm glad God sent you His Text: Fear not!

You are right about the To Do List. No matter what, Christmas will come whether we are ready, and all will be well.

That was a scarey post to read...I could feel your panic. Thank you, God, that everything is okay. Have a very Blessed Christmas with your family! xo

I would have been just as panicked as you were, imagining all kinds of horrible things. Praise God for the right message at just the right time.

And you're right, too, about how all the things that "must" be done won't matter at all come Friday ... praying that we all will keep that in mind and slow down and savor the things that really matter over the next few days ... no, make that over the REST of our days.

Sending hugs your way, Kim! I can identify with those feelings...and
"fear not" is much easier said than done, I know! I have seen a bunch of direct answers to prayer this week myself, and they sure are faith boosters! I hope your Christmas will be a good one, and you can both find time to relax and enjoy time with family!

Oh Kim , I know that must have been hard to go through . My catch phrase when things like this are over is always "All's well that ends well"
Merry Christmas to you and Ron.
Warmest wishes for the New Year,
Willow

I can so easily identify with that experience! How great is God and to know now He was watching over you both!
God bless and enjoy Christmas!

That was scary. I'm glad he's home safe and sound. Christmas will come whether we are ready or not.

Our imagination can really go into overdrive, can't it?
So glad your Hubby was safe.
Your Christmas attitude is just right, Kim. I often wonder what the Lord must think when he looks down upon this holiday and sees how we now celebrate it.

I know I have that panic mode, too. I always think the worst. So happy all was well.
Merry Christmas!
Hugs ☺️
Lauren

I know what you mean when you are trying to get in contact with someone and nothing happens... the way the mind goes into overdrive and worries and fears mount! I've been there too! I am glad he is safe. Yes, it will all get done, and if it doesn't, the world won't end. It's easy to expect too much of ourselves during this time of year. So have a great and awesome Christmas! Looking forward to what you design and hook this coming year!